Archives
« ‘Kingsman: The Golden Circle’ Teaser Trailers: Watch It, Then Analyze It
Five studios fighting for distrbution rights to next ‘James Bond’ movie » 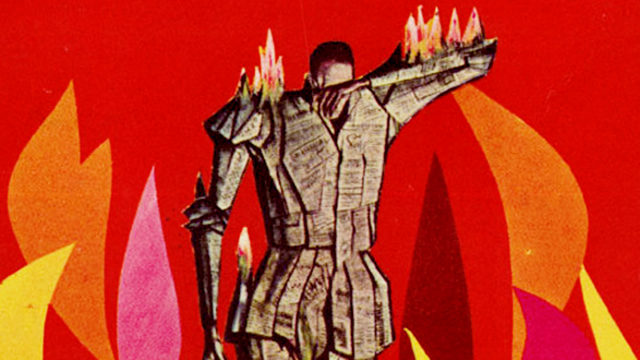 Oh man. F451, perhaps one of my top five novels of all time, is getting an HBO movie adaptation. I knew this. However, I also now know that the movie is going to have significant talent in the form of Michael B. Jordan and Michael Shannon.

The Trump administration hasn’t quite started burning books yet, but its dedicated war on facts still makes Ray Bradbury’s 1953 novel Fahrenheit 451 a bit more relevant than it’s been in decades. For those who never read it in school, the book is about a dystopian future where the government takes advantage of society’s short attention spans and obsession with flat-screen TVs by outlawing all books and enlisting “firemen” to burn any secret books that people have stashed away. Basically, it’s all about how crucial literature and history and culture are to society, but it’s also about how dangerous it can be when the people in power try to take those things away while everyone is distracted by drugs and big TVs. Again, it’s pretty relevant these days.

So, with 1984 already getting a big boost thanks to Trump, HBO has decided that Fahrenheit 451 also deserves some more attention. According to Variety, the premium cable network is developing a movie adaptation of the book, with Michael B. Jordan and Michael Shannon set to star. Jordan will play Montag, a fireman who realizes that books are cool, and Shannon will play Beatty, Montag’s fireman boss. The project is pretty early, but the Variety story says this Fahrenheit 451 adaptation is “moving toward a production commitment.”