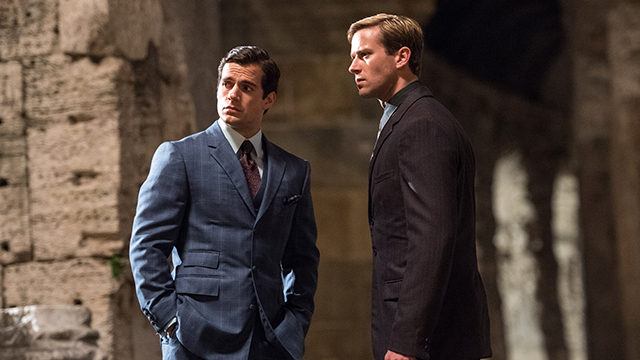 We don’t deserve a sequel to The Man From UNCLE. It was woefully under appreciated, despite featuring a staggering amount of gorgeous people, whimsy, and enjoyable action. But, fuck it, for once maybe the pop culture universe is going to pay it forward.

The Man From U.N.C.L.E. is the kind of fun, self-aware, stylish summer popcorn movie we don’t see often enough. Director Guy Ritchie‘s adaptation of Sam Rolfe‘s television series is one charismatic film with three leads we wouldn’t mind watching save the world, in impeccable style, every couple of years. Unfortunately, the slick action-comedy didn’t perform as well as it should’ve at the box-office back in 2015, making the odds of a sequel appear unlikely.

The makers of the film are still keen on bringing back Napoleon Solo (Henry Cavill) and Illya Kuryakin (Armie Hammer) though. According to Hammer, the original film’s co-writer is currently writing a sequel. Below, read what the Free Fire star had to say about The Man From UNCLE sequel.

While recently speaking with Hammer, who’s well aware of how fun The Man From U.N.C.L.E. is, he mentioned he’d been asked more than a few times about playing the Russian super spy again. And then he shared with us that the film’s producer and co-writer, Lionel Wigram, is writing the sequel at the moment:

I called Lionel Wigram, the producer of the movie, and he and Guy produced it and wrote it all together. I was like, ‘Dude, what’s the deal? I get asked about this shit all the time. Can you just write a sequel?’ He was like, ‘You know what? Yeah, fuck it, I’ll do it. Sure, I’ll write a sequel.’ I was like, ‘If you write one, I’m sure we can get one made,’ so who knows? Today is the first day I’ve actually told anyone that story. I only told one other person who asked. Apparently, the sequel is being written right now. No pressure, Lionel!

Tags: Guy Ritchie, Lionel Wigram, The Man from U.N.C.L.E, the man from uncle sequel being written