Archives
« ‘Deadpool 2’ News: Josh Brolin cast as Cable
‘Minecraft’ dropping on the Nintendo Switch on May 11 » 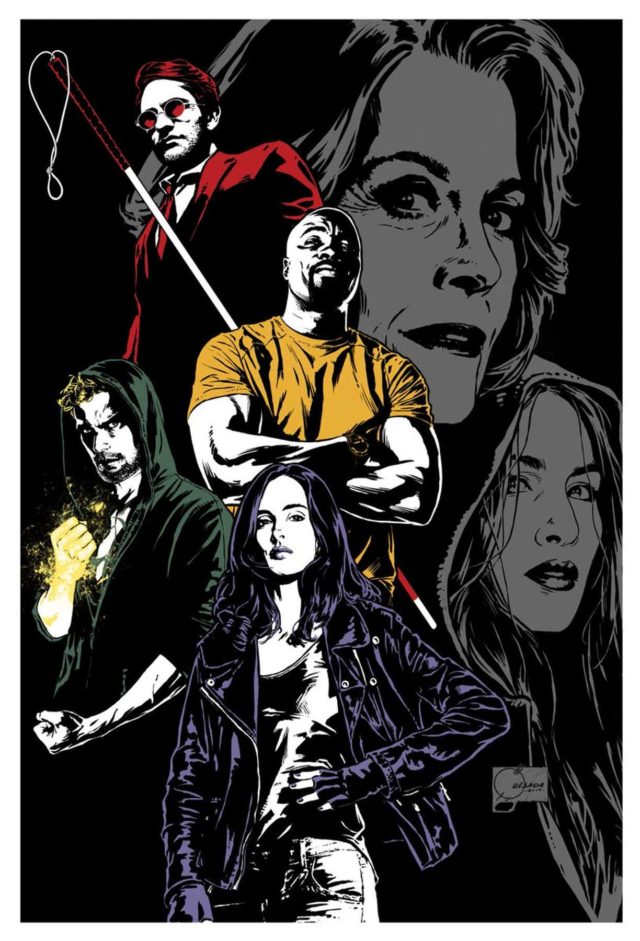 Joe Quesada has dropped a new poster for Netflix’s Defenders series. I’m, I guess, I’m not really feeling it. But I hope those excited for the series dig it.

Though the photo was soon taken offline, the wrap party for “Marvel’s Defenders” offered a quick glimpse of a new piece of promo art by Joe Quesada. Now, Marvel’s Chief Creative Officer has shared an official version of the poster on his personal Twitter account.

The piece depicts Marvel’s Netflix heroes each sporting the spot color most associated with their characters: Daredevil in red, Jessica Jones in purple, Luke Cage in yellow and Iron Fist in green. Looming behind them is the series villain Alexandra, played by Sigourney Weaver; next to her, also in the background, is Elodie Yung’s Elektra.

In his tweet, Quesada mentions that he created the artwork as a quick “cast and crew gift for the ‘Defenders’ team,” which could indicate that it is not going to serve as an official promotional piece for the series. The Marvel CCO also shared his advance review of the series: “This show is going to blow you away!”