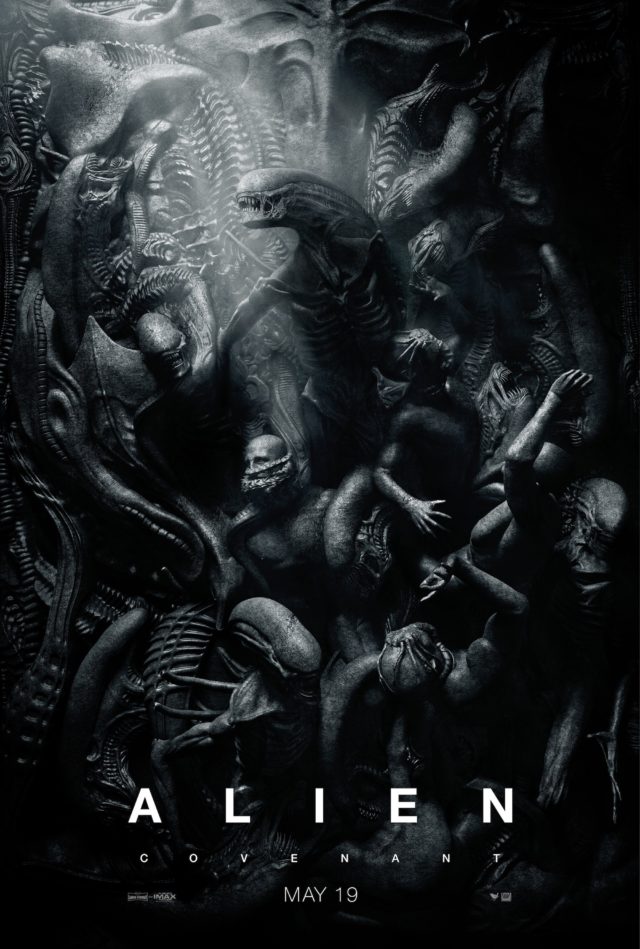 The poster is a stark reminder that the franchise is going back to its horror roots — the trailer had more than a few obvious parallels to the first Alien starring Sigourney Weaver — something producer Mark Huffam emphasized during our visit to the set.

“It’s got the scale of Prometheus, but also it brings in the suspense and the corridors get smaller, darker, and you’re just wondering what’s down there, and they’re still not turning the lights on before they go in, “Huffam said.

Alien: Covenant is the sixth entry into the Alien series, but only the second in the timeline started by 2012’s Prometheus. The prequel series is set roughly 30 years before the events of 1979’s Alien, and features humans venturing out into the dark recesses of space and discovering remnants of advanced civilizations…and other, more immediate dangers.