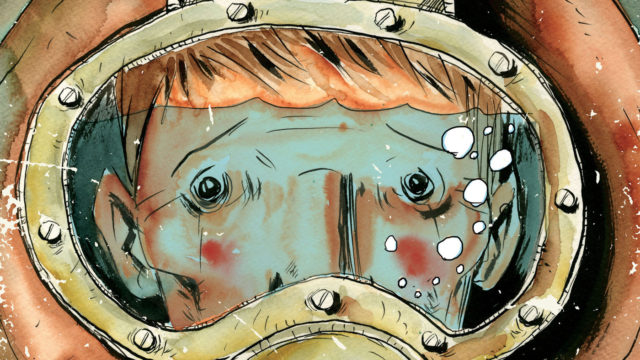 Ryan Gosling, Ken Kao, and Anonymous Content have come on board to produce a movie adaptation of Jeff Lemire’s graphic novel “The Underwater Welder.”

The New York Times bestseller details a man in the dangerous profession of underwater welding, who has a supernatural encounter at the bottom of the sea. Lemire, Chris Staros (Editor–in–Chief at the Top Shelf imprint) and Ted Adams (CEO at IDW Publishing) are attached as executive producers.

No actors, screenwriters, or director is attached to “The Underwater Welder” at this point. Gosling was nominated for the Best Actor Academy Award for “La Land Land” and worked with Kao and his Waypoint Entertaiment in “The Nice Guys” and on Terrence Malick’s “Song to Song,” which opens SXSW on March 10 and also stars Michael Fassbender, Natalie Portman, Cate Blanchett, and Rooney Mara.

The deal was brokered on Jeff Lemire’s behalf by Angela Cheng Caplan of the Cheng Caplan Company and Allison Binder of Stone, Genow, Smelkinson, Binder & Christopher LLP and on Top Shelf/IDW’s behalf by Tuvyah Aronoff of Schwell Wimpfheimer & Associates.