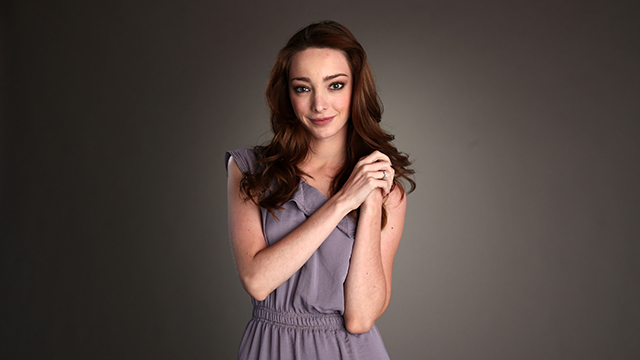 As the title says! Emma Dumont has been cast in Fox’s X-Men TV series as Magneto’s daughter. I…I don’t really care about this show at all, and can’t imagine myself watching it, so I’m probably not the best measuring stick for if this news is good or not.

Despite playing coy for reasons unknown, the untitled Fox series about mutants is shaping up to be an X-Men show. First, there was the casting of Jamie Chung as Blink and now Emma Dumont (Bunheads) as Polaris.

First announced by The Hollywood Reporter, the casting news buried the lede. Sure, Amy Acker (Person of Interest) will play Kate Stewart, regular mom to teenage children exhibiting mutant abilities while also dealing with estrangement from her husband Reed (played by Stephen Moyer). But who cares about that? Magneto’s daughter Lorna Dane aka Polaris is the real story. Emma Dumont’s character is being described as a “strong-willed, brave, and loyal mutant who has the ability to manipulate magnetism.”

Created in 1968 by Arnold Drake and Jim Steranko, Polaris has a long history with the X-Men. For most of her tenure, the daughter of Magneto has fought on the side of good, with a foray to the dark side as Malice during the late ’80s then again due to mental instability after the defeat of Apocalypse. To be fair, the first time she was being mind-controlled and the second time she witnessed genocide. But how will that history play into the Fox show? It’s difficult to say. But the character’s history with the X-Factor group could give us our best clue yet as to what the show will be about.