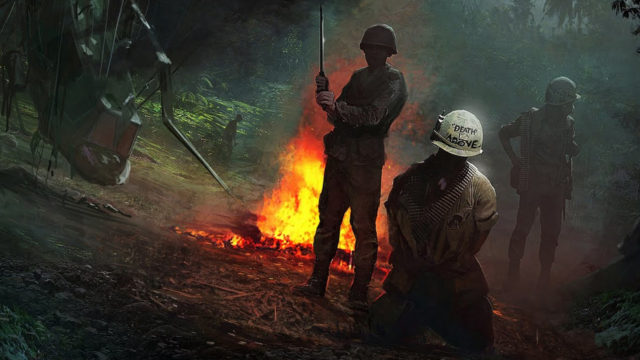 Call of Duty is doing what Battlefield did last year, folks. It’s eschewing the science-fiction, jet-pack madness for more traditional combat. Returning the series to its roots, if you will. I’m down! I’m down for it. I mean, fuck, I enjoyed the science-fiction interpretation, but I think we’re all ready to strip the series back down.

During a conference call to discuss 2016’s fourth-quarter earnings, Activision executives told investors that this year’s Call of Duty game will “take Call of Duty back to its roots.”

The announcement occurred during discussion of Call of Duty: Infinite Warfare’s disappointing sales numbers. Executives said the “space setting didn’t resonate” with players and that Infinite Warfare “wasn’t the success we planned.”

While critics and players were divided on its space-themed exploits, Call of Duty: Infinite Warfare did resonate with Shacknews editor and Modojo editor-in-chief Brittany Vincent, who gave it an 8 out of 10 in her review. “While Infinity Ward might have played it a little too safe when it came to the competitive multiplayer mode, the improvements in the single-player campaign and Call of Duty: Zombies are substantial,” she wrote. “The single-player campaign, in particular, hooked me, and I hope that future campaigns in the Call of Duty universe get the same care.”