The Original ‘Legend Of Zelda’ Map Gets Gorgeous 3D Printing 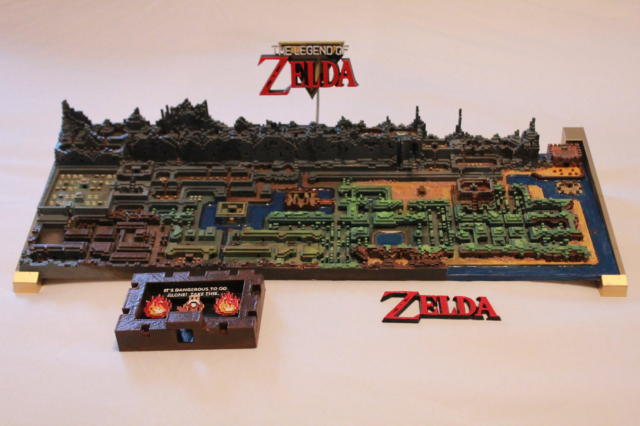 Oh, those fucking Minecraft wizards are back at it again. Gamer Willard McFarland bought this gorgeous 3D-printed Legend of Zelda map from one. Aforementioned wizard spent fucking months building it in aforementioned Minecraft, and then 3D-printed it. The future is wild.

The Legend of Zelda on NES had a sprawling world by the standards of 1980s console games. While decades ago people used to draw their own maps to try and keep track of where each dungeon and secret, alternative methods now exist. Like, for instance, 3D printing a replica of the game’s entire overworld.

Willard McFarland was the one to purchase the creation, sharing the below picture on Twitter. According to a report by Retro Gaming Mag, the piece was sold through the Facebook group Trade Sell Collect Retro, with McFarland stating that the person he bought it from had spent six months building the map in Minecraft. They then used that to create a file for a 3D printer. 24 hours of printing and six hours of painting later, this was created: 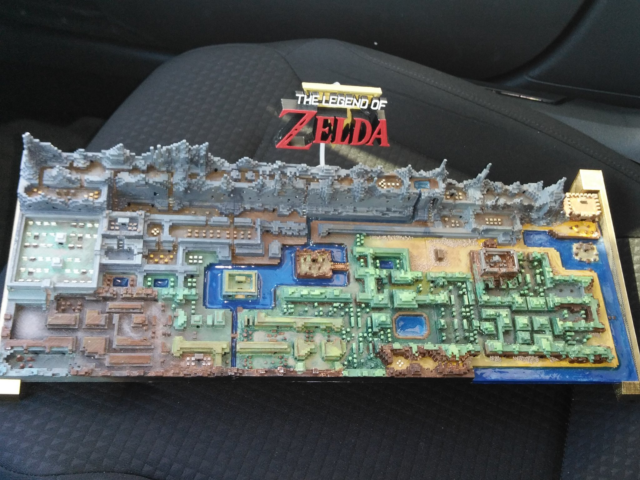