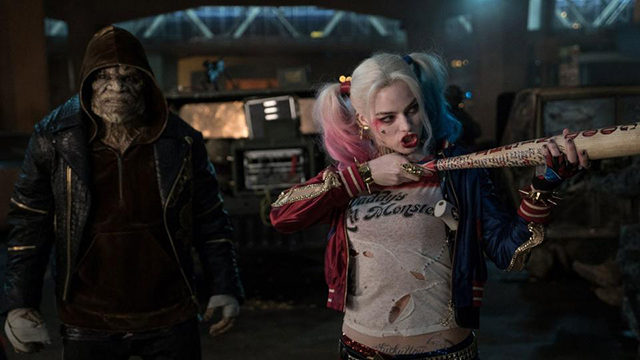 Harley Quinn’s spin-off movie has landed a director! And a title! And it seems, a premise!

Margot Robbie’s Harley Quinn spinoff movie is officially on its way. According to The Hollywood Reporter, Suicide Squad director David Ayer has signed on to direct the film, which is now titled Gotham City Sirens. The film will reportedly feature some of DC Comics’ best female villains, like Catwoman and Poison Ivy, and will hit theaters ahead of a proposed Suicide Squad sequel.

Ayer will produce the film with Robbie, who originally expressed interest in an ensemble movie starring Harley back in May. Warner Bros. jumped on the idea. The studio has reason to be bullish on the project; even though Suicide Squad was met with scathing reviews — thanks in no small part to Ayer’s own direction — Harley Quinn herself was well-received by fans. What’s more, the film pulled in more than $700 million at the box office, so the opportunity for a franchise is clear.

Gotham City Sirens will reportedly be based on the 2009 DC series of the same name. In that series, written by Batman: The Animated Series creator Paul Dini, Harley, Poison Ivy, and Catwoman team up to protect one another while getting into misadventures and hanging out. It was a reasonably well-received series at the time, and the potential to tell a story featuring three femme fatales when Marvel is still working to get Captain Marvel off the ground is already a feather in DC’s cap.

The studio is also reportedly developing a Deadshot standalone film, with Will Smith due to also reprise his role from Suicide Squad. With that movie now in the works in addition to efforts like Wonder Woman, Justice League, and even Dark Universe, the DC Extended Universe now has 12 movies in its future. Hopefully they’re actually good from here on.