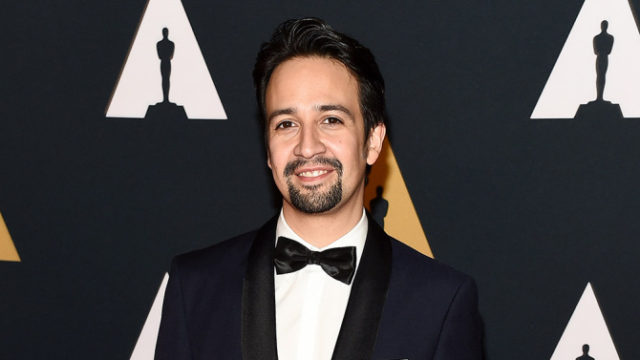 Lin-Manuel Miranda is not letting his post-Hamilton life allow for much respite. Not only is he working on a secret project for Disney, he is also producing adaptations of The Kingkiller Chronicle. A property I do not know.

Lionsgate has announced that Hamilton creator Lin-Manuel Miranda will be the creative producer for a series of screen adaptations of Patrick Rothfuss’ bestselling Kingkiller Chronicle novels, according to The Wrap. Lionsgate is planning a feature-film adaptation of the first book, along with a tie-in TV series that will further explore Rothfuss’ setting.

Rothfuss’ Kingkiller Chronicle series consists of The Name of the Wind, The Wise Man’s Fear, and an upcoming third book, tentatively titled The Doors of Stone. The books tell the story of Kvothe, an arcanist (a wizard of sorts) and musician, as he attempts to learn magic and avenge the deaths of his parents at the hands of the legendary Chandrian. The books use a frame narrative to split the story between present-day Kvothe (under the name of Kote) as a broken innkeeper, seemingly benefit of his powers and music, and the history of his life as he recounts how he got to that point.

Given that music plays such an important role as part of Kvothe’s character and the story, Miranda — coming off dual successes as composer-star of the mega-hit Broadway musical Hamilton and the songwriter for the Disney movie Moana — seems like a perfect fit to bring Rothfuss’ world to life. The Wrap reports that Miranda will also be composing original music and songs for the adaptations. Variety also notes that Miranda has an option to be involved in a possible future stage adaption as well.

It’s worth noting the history of the novels, which have experienced numerous delays over the years. The third, reportedly final book, once projected for publication back in 2009, still has no release date. And while the Lionsgate news is exciting, it’s hard not to draw comparisons to Game of Thrones, a similarly bestselling fantasy series that has been adapted to a TV series, which has since outpaced the slower publication of the source material.

Lionsgate originally acquired the rights to Rothfuss’ books in 2015, but there’s been virtually no news about a possible adaptation until today. Along with Miranda’s involvement, Variety reports that Lindsey Beer is set to write the screenplay for the film adaptation of Name of the Wind, with Robert Lawrence set to produce. No release date for either the film or TV series has yet been announced.