Leaked: The Nintendo Switch Will Cost $250 For Basic Model, $315 For More Storage 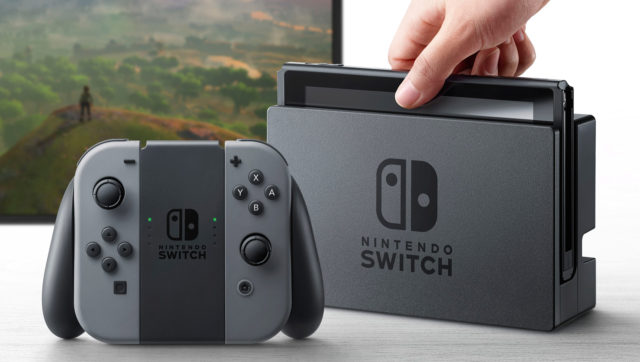 The price of the Nintendo Switch has leaked, and it appears to be cheap! Damn cheap! $250 for the basic model, $315 for one with more storage.

The Nintendo Switch caught a lot of attention when it debuted. The console, a mix of tablet you take with you and home gaming you play on the couch, is creative and likely is going to be hugely popular. Especially if the reported prices for the Switch hold.

Gizmodo has gathered several different reports that claim the Switch is going to start in the US at about $250 for the basic set and $315 or so for a model with more internal storage and a game, at least if the math done between Canadian and British exchange rates is correct (it’s worth noting it might not be, due to the volatility of the pound as the UK debates Brexit.) This is generally in line with how Nintendo likes to price things, as the Wii U was $300 and a deluxe console was $350.

Of course, that leaves a lot up in the air: What do you get for $250? How much internal storage is in the basic unit versus the more expensive one? How big are the games you’re downloading? All that said, however, $250 for the base unit is still $50 cheaper than other home consoles, and the Switch has a ridiculous amount of oomph under the hood, especially considering your typical tablet. We’ll find out as we get closer to March and the Switch’s debut.