Archives
« Canceled ‘Rayman’ Game For SNES Found By Its Creator after 25 Years
The X-Men Comics Line-Up Is Relaunching Next Year! »

George Lucas did not contribute to the ‘Indiana Jones 5’ story 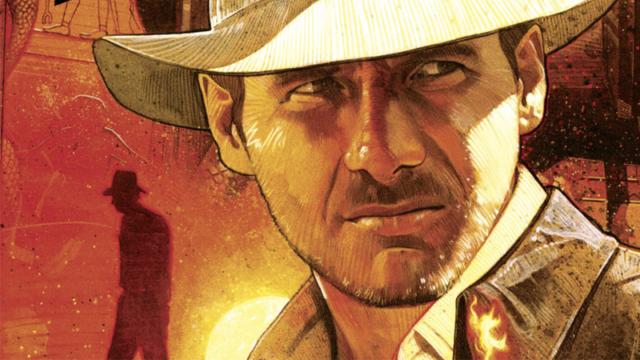 According to the screenwriter of Indy 5, George Lucas did not contribute to the script or story. This should assuage some of the fears regarding the movie, yes?

Which means we can probably look forward to George Lucas throwing shade atIndiana Jones 5 after it comes out.

Just as Lucas bowed out of any storytelling ideas for the seventh Star Warsmovie, the co-creator of Indiana Jones will not contribute to the plot of Indiana Jones and the Fifth Item of Archaeological Importance, according to Indy 5 screenwriter David Koepp. Speaking in a recent interview with Collider, Koepp says that there’s been no consulting with Lucas about the story of the next film:

He’s not, to my knowledge. I’ve had no contact with him.

Lucas is involved with the movie, however—Spielberg told press at the premiere of The BFG that Lucas will be an executive producer on the film. But news that he’s not involved with the script of Indiana Jones 5 might give solace to fans who want a movie that’s a little more like the first three movies in the franchise and a bit less like Kingdom of the Crystal Skull. Koepp appears to agree, going on to discuss the importance of the “MacGuffin” that sits at the heart of every Indy movie and how the new movie is looking to learn from the mistakes surrounding the scifi trappings of Crystal Skull:

I think that what [Indy] looks for and when he looks for it dictates what the movie’s gonna be. So the selection of the MacGuffin is everything. I think Kingdom of the Crystal Skull, being set in 1957 there was a conscious desire to say, ‘Much like two of the other ones were World War II movies set in the 30s and early 40s, this is ’57 so a lot of our influences are gonna be science-fiction movies.’ You got that with the original [script], Jeb Stuart took the first shot at it with Indiana Jones and the Saucer Men from Mars. That was a really conscious decision that dictated a lot about what the story would be and what the movie would be like, and I think that was followed through on really nicely. I thought Steve did a really good job with that. I don’t know that the idea was most suited to an Indiana Jones movie, but that was what we did. So we tried to be very careful with the selection of the MacGuffin and the eras to give ourselves as much latitude to make the best kind of Indiana Jones movie that we most want to see. Learning how that’s the importance of the choice of the MacGuffin is a big deal.

Whatever the MacGuffin that Indy is going after, it won’t be one created with the help of George Lucas, either way.