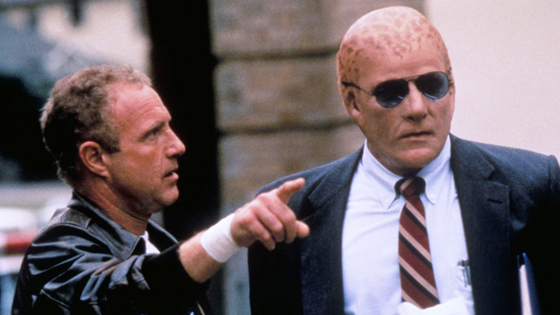 Man, I’ve never seen Alien Nation. But from what I’ve gleamed about it, I would fucking love it. What I *have* seen are some of Jeff Nichols works, and he’s fantastic. Those two things considered? They, they have me excited for this.

Alien Nation is one of those movies that has a great premise it never quite follows up on. So a remake, which has been in the works for a while, would seem ideal, and Fox has hired the perfect director.

The original movie was a buddy-cop neo-noir with some sci-fi trappings, but it never really digs into its most interesting aspect, the background story of the aliens in question. They’re called the Newcomers, a race of alien slaves seeking asylum on Earth who land in the Mojave and largely settle in the greater Los Angeles area. They learn the language, they get jobs, they struggle to fit in and adapt to their new home. Any parallels between the illegal immigration debate at the time and the plot were very, very much intentional, and it’s perfect for Jeff Nichols, who Fox just signed to adapt it.

SF cinema fans already know Nichols well. Nichols is currently winning accolades for his upcoming docudrama Loving, but his most recent movie is the touching and well-done Midnight Special, which sadly hit theaters just before Batman V. Superman, but was a chase movie about parenting, of all things. Nichols has a genuine skill with small personal moments, and that’s ideal with a movie as potentially politically charged as this one. Alien Nation doesn’t yet have a release date, but if Fox gives Nichols room, it might finally realize its potential.