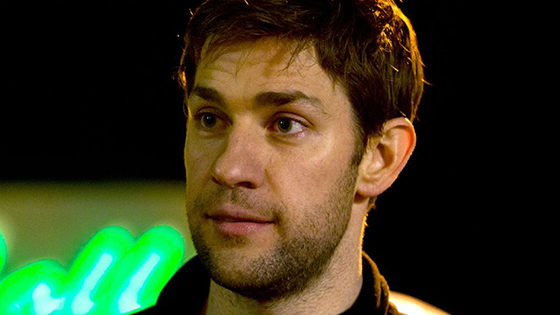 John Krasinski sucks. Fuck him, and fuck Jim. Michael Bay objectively sucks, but he brought me The Rock, Bad Boys and Pain & Gain. So I’m not going to say fuck him. Tom Clancy sucks, so fuck him, (rest in peace). Conclusion: fuck this series.

Jack Ryan, one of the best-known characters in the Tom Clancy universe, is getting his own television series on Amazon. The company announced today that it has ordered a 10-episode season of Tom Clancy’s Jack Ryan, starring John Krasinski (The Office) as the titular CIA agent.

Here’s the synopsis from Amazon:

Tom Clancy’s Jack Ryan follows an up-and-coming CIA analyst thrust into a dangerous field assignment for the first time. […] The series follows Ryan (Krasinski) as he uncovers a pattern in terrorist communication that launches him into the center of a dangerous gambit with a new breed of terrorism that threatens destruction on a global scale.

Tom Clancy’s Jack Ryan will be co-produced by Paramount Television and Skydance Television, with shooting set to take place in the U.S., Europe and Africa. Executive producers include Carlton Cuse (Lost) and Graham Roland (Almost Human); they developed the story for the pilot, and Roland wrote it.

Roy Price, head of Amazon Studios, said in a press release that Tom Clancy’s Jack Ryan is an “adaptation of the action-packed spy thriller book series.” The character has appeared in more than 20 novels written by Clancy and others. It’s unclear if the series is based on any particular Jack Ryan books in the Clancyverse.

Krasinski is stepping into the shoes of a character with a storied history in film. Jack Ryan has been portrayed by Alec Baldwin (The Hunt for Red October), Harrison Ford (Patriot Games and Clear and Present Danger), Ben Affleck (The Sum of All Fears) and Chris Pine (Jack Ryan: Shadow Recruit).

It might seem surprising to cast Krasinski, who played the goofy account manager Jim Halpert on The Office, as a globe-trotting action hero. But he recently beefed up his resume by starring as a private military contractor in 13 Hours: The Secret Soldiers of Benghazi, the Michael Bay film about the 2012 attack on the American diplomatic compound in Benghazi, Libya.

Amazon did not provide a premiere window for Tom Clancy’s Jack Ryan, but since production hasn’t begun yet, 2017 seems like the earliest time frame that the series could debut.