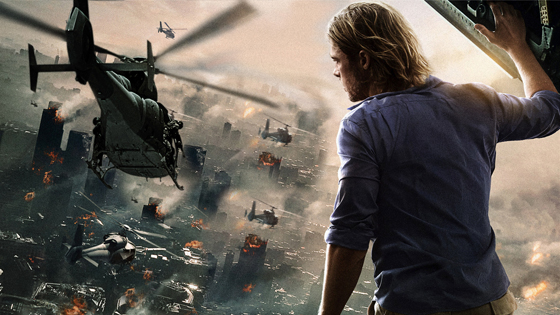 I liked the World War Z movie! Guilty, guilty. And, so, I’d love if David Fincher would help Brad Pitt make a sequel to the flick.

Brad Pitt has reportedly met with frequent collaborator David Fincher (“Gone Girl,” “The Social Network”) to discuss the possibility of directing the sequel to “World War Z,” since J.A. Bayona left the project to helm the “Jurassic World” follow-up.

According to Variety, Pitt met with a “handful of other directors,” but is “zeroing in” on Fincher to direct the zombie film. Though the initial discussion two weeks ago was “lukewarm,” the site says Fincher is now closer to taking on the project. The duo previously worked together on “Se7en,” “Fight Club” and “The Curious Case of Benjamin Button.”

Though Paramount and Skydance have slated the “World War Z” sequel for June 9, 2017, the project will likely be delayed due to Bayona departure. “World War Z 2″ is expected to film sometime early next year.

Based on the novel of the same name by Max Brooks, the original “World War Z” was a smash hit at the box office, raking in over $540 million worldwide.