‘Fallout 4’ DLC News: Your Own Vault, Devices, and Nuka World 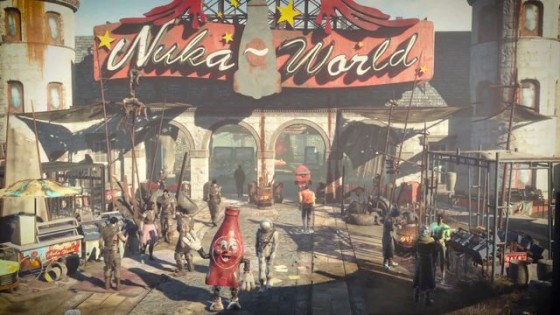 Fuck. Man, I really need to get into playing the existing Fallout 4 DLC. ‘Cause Bethesda has already announced the next three, and with them the company continues to conspire to ruin my life. And I’ll thank them for it.

Fallout 4 developer Bethesda Game Studios will release the game’s next three add-ons over the next three months, the company announced today during Bethesda Softworks’ E3 2016 showcase.

The game’s fourth piece of downloadable content, “Contraptions,” will be released next week. The DLC pack will give players the ability to build all kinds of devices, such as elevators, armor and weapon racks, sorting machines, and conveyor belts. In July, Bethesda will release “Vault-Tec Workshop,” which will allow players to build their own vaults using the same settlement building functionality that Fallout 4 launched with. Within vaults, players will be able to experiment on vault dwellers.

Next, an add-on called Nuka World will launch in August. Bethesda didn’t offer any specifics, but players discovered that name within the game’s files earlier this year. Nuka World appeared to be a theme park in the trailer that the studio showed, which you can watch above.

Fallout 4‘s season pass originally cost $29.99 for three add-ons, but in February, the company announced it had expanded its DLC plan for the game, and was raising the season pass’ price accordingly to $49.99. Bethesda has already released the first three add-ons for Fallout 4: “Automatron” in March, “Wasteland Workshop” in April and Far Harbor in May.

Bethesda launched Fallout 4 mod support on Xbox One at the end of May. The studio said that more than 20 million mods have been downloaded on Windows PC and Xbox One, and added that mods are still coming to PlayStation 4 this month.