‘Alan Wake’s Return’ has been trademarked by Remedy Entertainment 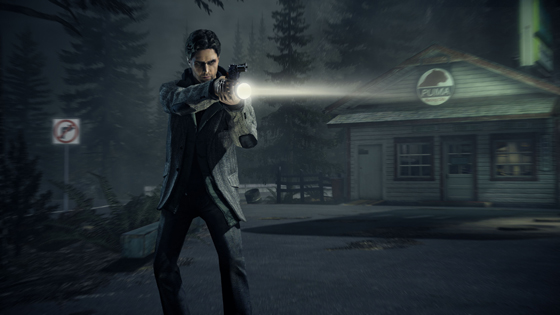 Man. This is so good (for me) because Alan Wake was amazing (for me). And while Quantum Break looks so fucking dumb (to me), I’m stoked that it appears they’re following it up at some point (maybe, to me) with a new Alan Wake game. Oh what a day, what a lovely day (for me). Or, it’s just a cover-your-ass trademark registration, or prank, which would be devastating (for me).

Remedy Entertainment, the studio behind Max Payne and upcoming Xbox One title Quantum Break, has filed a trademark for Alan Wake’s Return, sparking speculation a new game set in the Alan Wake universe may be on the way.

The trademark listing was spotted on the European Union Trademark Database by a NeoGAF user, who also noted that anAlan Wake’s Return website was registered in 2015.

Although the listing states Remedy Entertainment is the owner of the trademark submission, it is possible the studio was not involved and it was instead submitted by a third-party. Hoax trademark listings for highly-sought after game sequels regularly appear on databases, most notable among these is the Half-Life 3 submission that was later revealed to be a fake.

Additionally, a trademark registration doesn’t necessarily mean a new project is in development.

In September 2014, Remedy’s creative director, Sam Lake, said the studio would like to return to Alan Wake some day.

“We’re really, really proud of all the games we have made,” he said. “And obviously all of them are dear to us. They have a special place in our hearts. You never know about the future and as we have said about Alan Wake, the sequel didn’t work out at this point. But definitely we are looking for opportunities to do more, someday, when the time is right.”