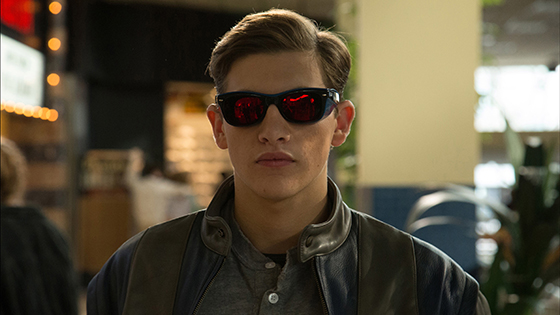 Some actor I’ve never heard of has been cast as the main character in one of the most overrated books I’ve read in years.

An adaptation of Ernest Cline’s 2011 dystopian novel, the sci-fi adventure centers on Watts, a teenager who plugs into a virtual world called OASIS. When the game’s creator dies, Wade is swept up in a treasure hunt to acquire the designer’s fortune. Olivia Cooke and Ben Mendelsohn are also attached to star.

In addition to his role as Scott “Cyclops” Summers in “X-Men: Apocalypse,” Sheridan has appeared in “The Tree of Life” and “Mud.”

Zak Penn wrote the most recent draft of “Ready Player One,” which is being produced by Warner Bros. and Village Roadshow Pictures.