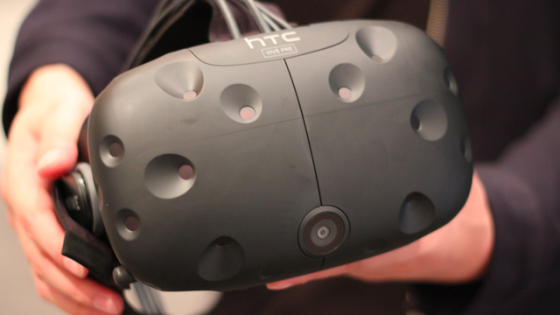 Man, count me the fuck out of the VR game. At least for a bit, until the headsets drop in price. That’s, that’s fair, right?

The price for the HTC Vive, the virtual reality headset collaboration between HTC and Valve, leaked this morning in advance of its expected announcement at the Mobile World Congress in Barcelona. The device will be $799.
The HTC Vive ships with two controllers, one for each hand, and two base stations to track the user’s movement in the room. The package will be bundled with two games, Job Simulator and Fantastic Contraption.

Preorders for the HTC Vive begin on Feb. 29, with the first shipments arriving in April.

The Oculus Rift will begin shipping units at the end of March, after going on pre-order sale in early January. That unit costs $599.