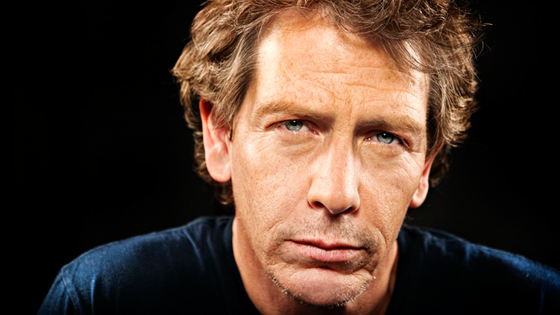 Ben Mendelsohn is a great actor, though I don’t know if he is well known. However, soon, the public shall learn the power of The Mendelsohn. Not only is the dude in StarWarRogueOne – A WarStar Anthology tale, but the dude has also landed the villain role in RPO.

Ben Mendelsohn, the rising Australian actor who broke through with Netflix’s Bloodline, is in early talks to play the villain in Steven Spielberg’s latest movie, Ready Player One.

Warner Bros. had no comment on the casting but sources tell The Hollywood Reporter that Mendelsohn has met on the project and has the offer, with negotiations at an early stage. If a deal makes, Mendelsohn would join Olivia Cooke in the Warner Bros. and Village Roadshow project that adapts the best-selling sci-fi novel by Ernie Cline.

Ready Player One is set in a virtual world called Oasis, in which a teenager finds himself competing in a treasure hunt against ruthless foes after the game’s founder dies and offers his fortune as the grand prize.

The search for the lead is still underway.

Cooke is playing the teen’s love interest and competitor, a Canadian blogger named Sam whose name in the virtual world is Art3mis.

Mendelsohn would play an executive for an Internet corporation that has designs on Oasis.

Mendelsohn has appeared in numerous movies in his native Australia, building a rep for playing shady characters. It’s his turn on Bloodline, playing the divisive brother of Kyle Chandler, that gained his many fans in Hollywood and led him to be cast in Rogue One: A Star Wars Story, one of the most anticipated movies of 2016.