‘Fargo’ Season 3 not arriving until Spring 2017, will feature new characters 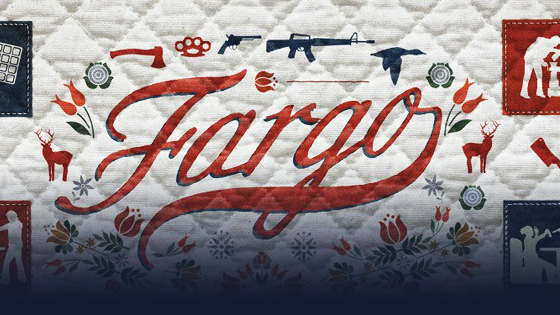 I wrapped up Fargo‘s second season last night, and boy did I ever love it. It goes down as one of my favorite works of fiction of all time, thanks to its effusive self-confidence, and meditation on all things Absurd. Which, you may or may not know, is pretty much my obsession and overall personal philosophical bent. So man! Man, am I ever excited to see where Noah Hawley and his team goes from here. It looks like I’m going to be waiting a while, though. Hawley has said that the show isn’t going to be returning until a year from next Spring. But I’m okay with this. Something as wonderful and as dense as Fargo shouldn’t be rushed out to accommodate public demand, or a network. I’m heartened by the idea that the team is going to take their time, and ideally churn out another wonderful season.

Fargo, which aired its second season finale last night, has been at or near the top of many year-end TV lists, so it’s no surprise that the show picked up a renewal for season three. What story that third season might follow is unclear, but creator Noah Hawley did at least say recently that it’ll be “more contemporary,” taking place a few years after the events of season one. According to Daniel Feinberg ofThe Hollywood Reporter, though, it looks like we’ll have to wait beyond next year to find out for sure.

We already know season three is set in 2010. It was rumored the cast of season one would return to their roles, but while speaking with Vulture, Hawley dismissed that idea, saying it’d be too obvious. But Hawley did talk about some of the themes he hopes to explore in season three:

It’s a more contemporary story, and I think that’s exciting. Our first year was set in 2006, but we didn’t really deal with what it was like to be in that region in a more contemporary world. I like the idea that we’re now living in a very selfie-oriented culture where people photograph what they’re eating and put it up for other people to see. It feels like a social dynamic that is very antithetical to the Lutheran pragmatism of the region. So many of our crime stories are based on the difficulty that people have expressing themselves and communicating. In a lot of ways, the tragedies that are at the heart of these crimes could all be averted if Jerry Lundegaard (William H. Macy) could have asked his father-in-law for the money or if Lester (Martin Freeman) could have been honest about who he was, or Peggy (Kirsten Dunst) as well. I like the idea of setting up these pragmatic and humble people against the culture of narcissism and [seeing] what that generates for us, story-wise.

The first season slyly set up season two. In one scene, Lou Solverson (Keith Carradine) told his daughter about the last time violence shook their town — the 1979 Sioux Falls massacre. This line led to season two, but there’s nothing in the latest chapter of the show that hints at the future of Fargo:

We didn’t really tee up the story of season three within the body of season two. That said, it’s very exciting to now think once more, what else can you do with Fargo? What other kind of movie can it be? It proved in its first year it could be a similar but different story to the actual film. And in the second year, it proved that it could be a much larger epic that somehow managed to turn 1979 into a crime story. And then in the third year, the question becomes, structurally and stylistically, what’s left to say, what do we do that feels similar but is different so we’re not repeating ourselves? That said, we’re always looking for connections and things that fit into the larger body of work that we’re building.