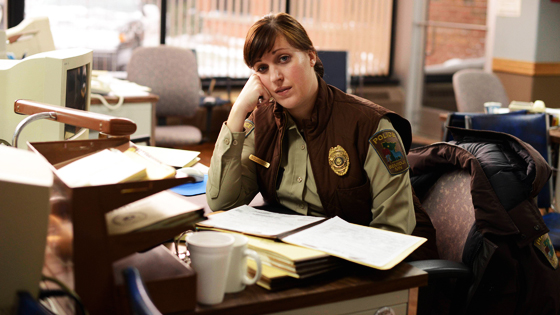 I’m five episodes into Fargo‘s second season, and it is fucking fantastic. Better than season one? I’m not sure I’m ready to declare that (like many people are), but this season is definitely just as good. And different So different! Yet the same. So uh, anyways. Fuck! Fuck yeah! Let’s get this third season going, and fuck I’m down with it taking place a little after season one.

The first season of FX’s Fargo, adapted from the Coen Brothers movie set in 1987, took place in 2006. The action in the second season, which might be the best thing on television right now, happens in 1979. Season three will be “set a couple years after season one,” according to showrunner Noah Hawley.

When asked by EW whether any characters from season one, like Allison Tolman’s Molly, might pop up again next season, Hawley responded, “Potentially.” Either way, someone will hang out on a porch. And as for anyAmerican Horror Story-like clues for what the plot might be: