Dope AF: ‘Attack The Block’ Glow In The Dark Poster 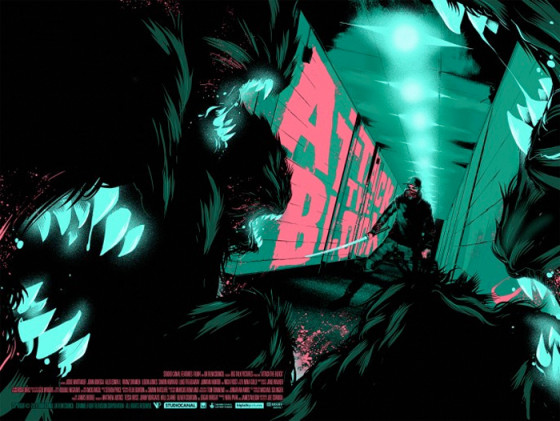 Sometimes it hits me that Moses from Attack The Block is a futzing WarStar flick. It staggers me momentarily, before I find myself cracking a maniacal grin.

If you’re anxious to see how John Boyega fares as one of the new heroes in Star Wars: The Force Awakens, you might want to check out the film that really got us to pay close attention to the young British actor: Attack the Block.

Written and directed by Joe Cornish, the movie is a perfect blend of contemporary style and classic monster movie tropes as an alien invasion wreaks havoc in the hood in South London with a young street gang doing whatever they have to in order to survive. And now Matt Taylor has paid tribute to the movie with an awesome Attack the Blockposter that is now available for purchase. Check it out below!