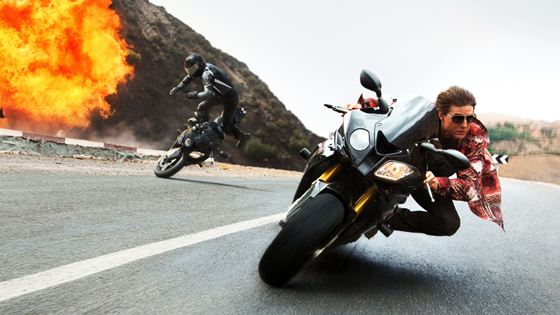 MissionImpossible: Rogue One Nation Under Espionage was a fantastic summer movie, and a lot of it was in thanks to Christopher McQuarrie. So it makes sense that Paramont is (reportedly) bringing McQuarrie back to write and possibly direct the sixth installment of the franchise.

Considering the massive box office success of “Mission: Impossible – Rogue Nation,” this shouldn’t come as any surprise, but helmer Christopher McQuarrie is reportedly coming back to write, and possibly direct, the sixth film in the series.

According to Variety, a deal is nearing with McQuarrie to return to the franchise, with the intention to get production up and running by next August. If McQuarrie does indeed come back, he’ll be the first director in the series to return for a second installment.

Tom Cruise is set to reprise his role as Ethan Hunt for the sequel, alongside Rebecca Ferguson as Ilsa Faust, should her character factor into the next film.