Archives
« ‘Rise of the Tomb Raider’ Launch Trailer: More like Rise of the Gloom Raider, amirite?
AMC’s ‘Preacher’ Trailer: Careful For What You Wish, Son »

Neil Gaiman is getting his own TV series, adapting his short stories 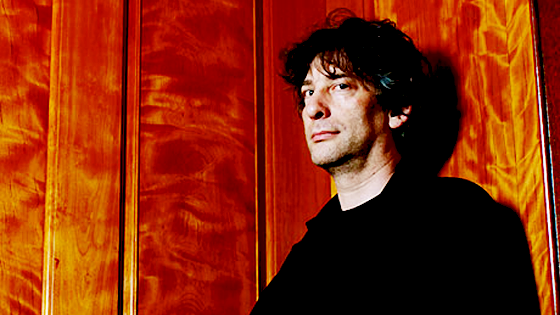 Neil Gaiman! Getting a television show dedicated to adapting four of his short stories. Pretty cool! I don’t fuck with Gaiman as much as some people, but I have a healthy respect for the man, and a hearty love for American Gods.

One of fantasy’s biggest names is getting an anthology television series. Sky Arts will be airing Neil Gaiman’s Likely Stories, with production beginning at the end of November.

The Guardian has reported that the series will adapt four of Gaiman’s short stories. There’s no word on exactly which stories will be adapted, or who has been cast in the show.

The show will be produced by Sid Gentle Films, an independent film company based out of London. The episodes will be directed by Iain Forsyth and Jane Pollard.

This is pretty exciting: there’s been some fantastic adaptations of Gaiman’s work (with another television project, American Gods in the works). Given the quality of some of the anthology shows coming from England – Black Mirror comes to mind – this has the potential to be something well worth watching.