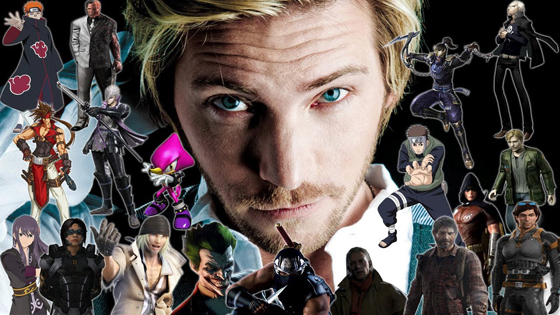 In this day and age, voice actors are pretty fucking popular. Jennifer Hale, Nolan North, Troy Baker. Not just their voices, but their motion captured performances. And now the league of them have unionized, and voted to strike. As much as I’m concerned how this will impact my beloved characters and their known voices, I’m all like — get them dollars, ya’ll. You’re an essential part of the gaming world these days*

Members of the SAG-AFTRA union have overwhelmingly approved a measure authorizing an “interactive media” strike that could have wide-ranging impact on the availability of professional voice talent for video game projects. The unionannounced today that 96.52 percent of its members voted in favor of the strike. That’s well above the 75 percent threshold that was necessary to authorize such a move and a result the union is calling “a resounding success.”

Despite the vote, union members will not strike immediately. Instead, a strike can now be called whenever the union’s National Board decides to declare it. Armed with that knowledge, SAG-AFTRA will be sending its negotiating committee back to talk with major game publishers, including EA, Activision, Disney, and Warner Bros., which are signatories to a current agreement with the union.

After their old agreement technically expired at the end of 2014, both sides have failed to reach a new understanding in negotiation sessions in February and June. SAG-AFTRA is looking for a number of concessions from the game industry, including “back end bonus” royalties for games that sell at least two million units, “stunt pay” for “vocally stressful” work, and more information to be provided about projects before time-consuming auditions are scheduled.

If a strike were to go through, publishers would be forced to look outside of the 150,000-member union for any voice acting work on projects going forward. That might be tough, as any actor crossing the picket line would likely have trouble finding future work in the many SAG-AFTRA affiliated productions across film, TV, radio, or games. Major voice talent, including former Solid Snake voice actor David Hayter, Mass Effect 3 “FemShep” voice actress Jennifer Hale, Borderlands Tiny Tina voice actress Ashly Burch, Metal Gear Solid Vamp voice actor Phil Lamarr; and Firefly Online voice actor Wil Wheaton have publicly supported the strike.

*Opinion provided with the complete admittance that I have not looked deep into this particular situation. #OpenFraud #UnthinkingLiberal