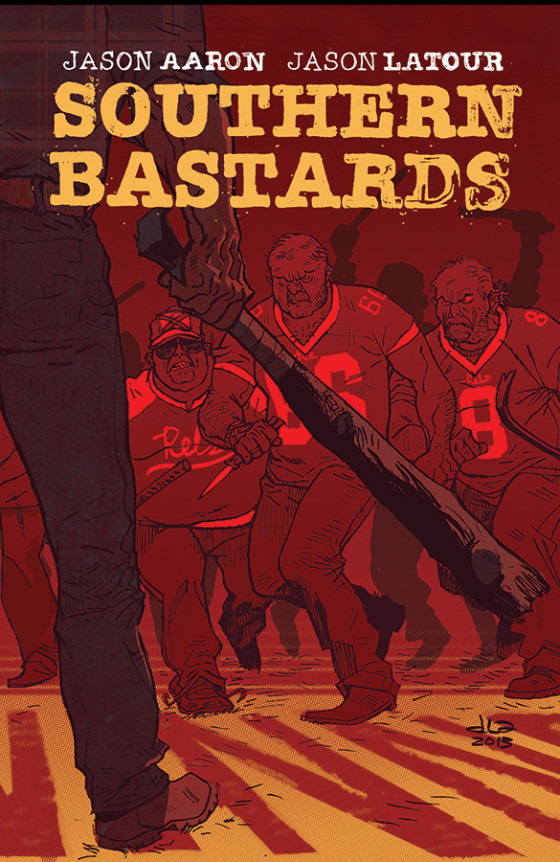 Southern Bastards is the fucking realest. Grimiest. Filthiest, most brooding shit going. So FX developing it for a TV series? Sign me up twice over. It’s like Justified. But with football.

“Southern Bastards,” the Southern-fried crime drama by Jason Aaron and Jason Latour, is headed to television.

Deadline reports that producer Scott Rudin (“True Grit,” “The Social Network”) has optioned the Eisner-nominated Image Comics series for FX, once home to“Justified,” “Sons of Anarchy” and “The Shield.” Aaron and Latour will serve as executive producers and adapt the comic.

Debuting in April 2014 from Image, “Southern Bastards” initially centered on Earl Tubb, the son of a former sheriff of Craw County, Alabama, who returns to find his hometown now controlled by the ruthless Euless Boss, revered head coach of the high school’s powerhouse football team. With the release of the ninth issue this week, the series begins to broaden its focus to other characters.

“The theme of the next arc is homecomings,” Aaron told CBR News last week. “So it’s all about homecoming week and the big homecoming game, which is against Craw County’s biggest rival, Wetumpka County. So we’ll have some separate almost standalone issues that focus on different characters that all flow together as we build over the course of homecoming week towards that big game.”