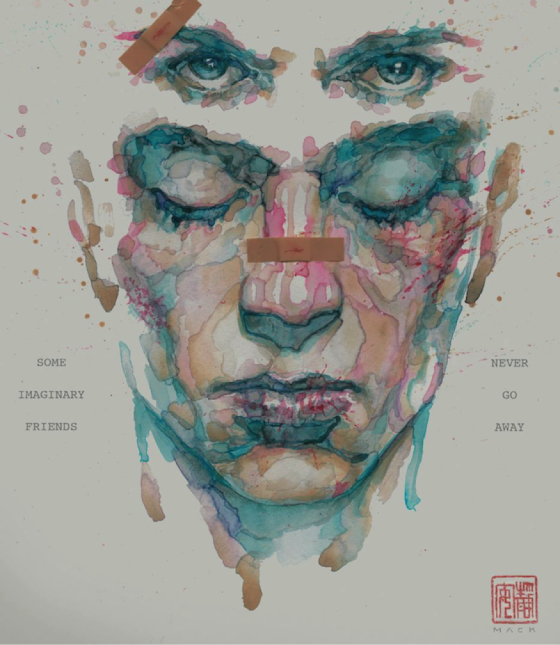 Your are not your universe obliterating mega-crossover events. Your are not your variant covers, or your movie tie-ins, or even your love-affair with nostalgia. You are Jack’s Sagging Testicles. You are his Receding Hair-line, his Second Mortgage. You are Jack’s Enlarged Prostate, and you are Jack’s Pill Addiction. Welcome back to Fight Club, Marlas and Tylers. Welcome back to Buy These Futzing Comics. No rules here, my little space monkeys, only rad comics. Strap in, make sure you grab a name tag, and slide… 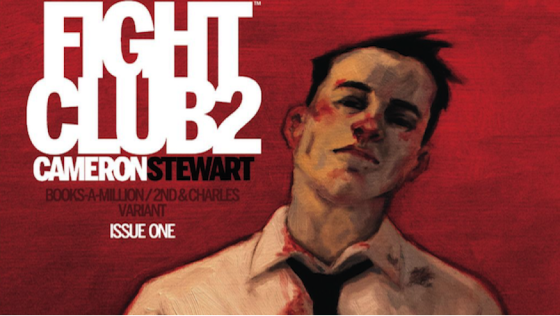 It’s been almost 20 years since the novel dropped, and three-quarters of that for the cult-classic David Fincher movie adaptation. When we last left Tyler/Jack, he was stuck in an insane asylum, orderlies and doctors alike covered in broken noses and black eyes, whispering to Tyler that they await his return. Fast forward years later to Fight Club 2, where we meet Sebastian (nee’ Jack/Tyler), middle-aged and unhappily married to Marla. With only a heavy regimen of pills keeping Tyler at bay, how long before we see a return to mayhem? As the book is called Fight Club and not Mid-Life Crisis Club, I imagine the answer is “Not long.” How has the original story aged, and what do Palahniuk and Stewart have to say about middle-aged men that will feel as important and vital as its predecessor? There’s a lot to love and hate about the original Fight Club (in both book and film versions), and most of my “hate” revolves around the wrong messages being taken from them (why-oh-why did Brad Pitt have to make nihilism look so fucking sexy? Damn him and his V-muscles!). Nevertheless, where Palahniuk goes, I follow. 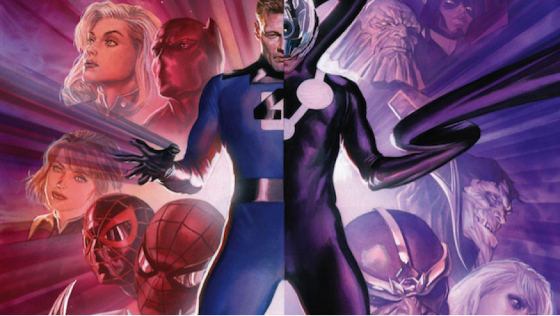 Yo, so Secret Wars #1 was a hot-dark-universe crushing-mess! It had tons of characters doing god knows what (or just standing and f*cking watching), and left we confused, nervous, but still a little intrigued. Secret Wars #2, however, was a Marvel Universe version of Game of Thrones! The many established (as well as many newly manufactured) universes of the Marvel U now smashed together onto Battleworld, a Dr. Doom-ruled planet(?) where all the Thors are now the police (Thor Corps!) and justice is meted out through very medieval “trials by combat,” or, even worse, banishment to the dominion of Marvel Zombies, Symbiote Suits, and Annihilation Waves (oh my!). The stark change of pace, the unique world-building, and the fantastic art in issue two held promise for the series the first issue didn’t. This was a crossover event we hadn’t quite seen before – part “What If?!” story, part classic “Universe Smooshing/Continuity Tightening” yarn, Secret Wars presents fans with a fun take on a pretty wearying genre. 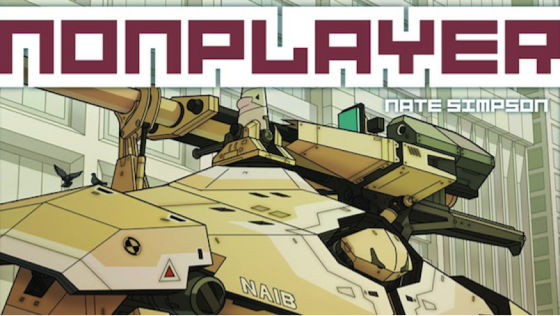 Resonating strongly with fans of escapist fantasy (and specifically, online games that provide that outlet), Nonplayer #1 dropped in 2011 like a bombshell. The gorgeously detailed art and premise by creator Nate Simpson wowed fans and critics alike, and semi-stardom and movie deals quickly followed. Hampered by ACTUAL real life, Nate Simpson’s comic was derailed for four years, and we’re finally being gifted issue two. So dig out that old back issue and refresh your now almost certainly faded memory of protagonist Dana and the world she (sometimes) live in, the virtual game “Warriors of Jarvath.” Will the second issue be as impressive as the first? Do we still care?? Check it out this week! 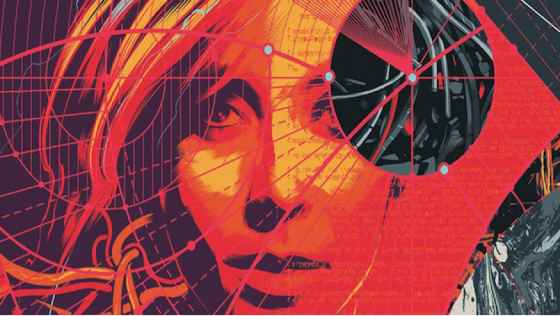 I love what BOOM Studios is doing these days – a healthy mix of hip adaptations of cartoons (see: Adventure Time and Regular Show), all-ages fare (see: Lumberjanes and The Midas Flesh), and some surprisingly strong sci-fi stories like Arcadia, which debuted last month with a fantastic first issue. When a virus begins eating away at the human population, we speed up The Singularity and start downloading the lives of our dead into virtual space, the server-world of Arcadia. Now the survivors left become caretakers of the dead, with very little (and discouraged) communication between the two. A fantastic look at post-Singularity socio-politics brought to life by Paul Pope-esque Pfeiffers incredible line-work, and a lot of fun little wrinkles to post-humanity sci-fi courtesy of Paknadel’s interesting vision – this book comes off as a natural descendant of Philip K. Dick.

That’s gonna do it for me, but what books out now (or coming down the pipe) are tweaking ya’ll’s berries? Let us know what you’re digging in the comments below!