Archives
« Cosplay: This Cable from ‘X-Men’ is techno-organically gorgeous
Eddie Redmayne starring in ‘Harry Potter’ spin-off, ‘Fantastic Beasts and Where to Find Them’ » 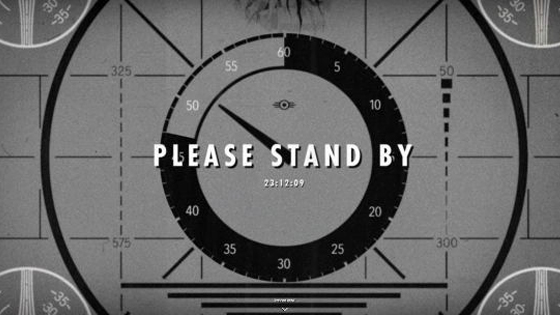 Fallout publisher Bethesda Softworks is teasing a new Fallout game on the series’ website, with the company asking fans to “please stand by” for an announcement.

The site features a countdown clock that will expire at 10 a.m. ET tomorrow, June 3, just under 24 hours from now. The following text can be found in the source code of the website:

PA system failure has occured.
Shutdown of the Masterbrain has been authorized and all sensitive materials have been removed for security purposes.
Please attempt re-access. Have a pleasant day.

A tweet pointing to the teaser site went out on the account for Bethesda Game Studios, the developer of 2008’s Fallout 3. The most recent Fallout game was 2010’s Fallout: New Vegas, which was developed by Obsidian Entertainment.

Bethesda Softworks announced earlier this year that it will hold its first-ever E3 press briefing this year. The show is set for 10 p.m. ET on Sunday, June 14.