Menacing voice from ‘The Force Awakens’ trailer is Andy Serkis 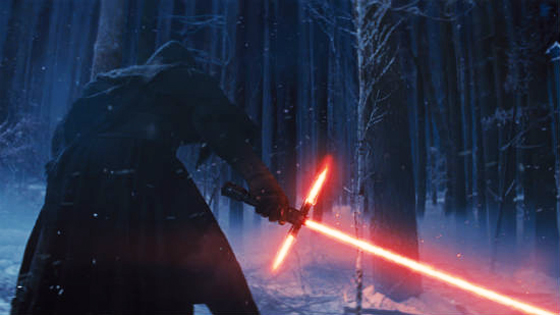 The Force Awakens‘ trailer aroused many a big question when it dropped yesterday. One of the biggest questions was regarding the identity of the menacing, mysterious, murky narrator. Just who the fuck was it? Well, I’ve done some sleuthing. Some serious research. And I’ve figured it out. By uh, waiting for every other legitimate site do t legwork for me.

The identity of the narrator was a big topic of discussion Friday once the trailer hit. Speculation ran from Max Von Sydow to Adam Driver, Andy Serkis and evenBenedict Cumberbatch. The last one isn’t even in the movie, but it sounded like him and because he was at the center of J.J. Abrams’ last big mystery, it was a fun option to consider.

There will be no more considering. The identity of the Star Wars: The Force Awakens trailer voice has been revealed.

The Force Awakens trailer voice is, in fact, Andy Serkis.

Steve from Colliderwas the first to definitely say the voice was Serkis. Still many remained skeptical. Harry Knowles from Ain’t It Cool Newseven posted that he confirmed it was “not” Serkis, but that sentiment was quickly changed.

Finally, Hitfix got on the case and bolstered Collider’s earlier point:

For the record, that is Andy Serkis you hear in the trailer. I was able to verify this, although I was not able to uncover any further information about the role he plays. Here’s what I do know, though. He’s playing a pivotal role in the film, although he will not have a lot of screen time.

Works for me. I’m a bit surprised, as I never envisioned Serkis as the Big Bad of the flick. And maybe he still isn’t. Who knows. Gimme more. GIMME MOAR.