FX developing show based on Alan Moore’s ‘From Hell’ 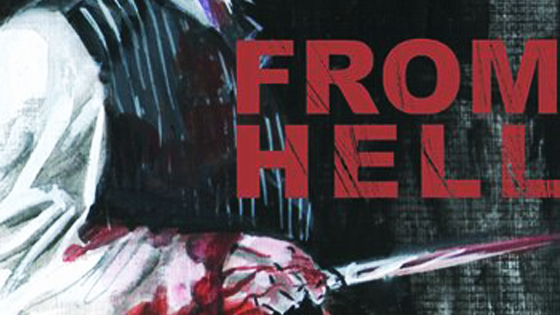 ALL. ALL. ALL-ALL-ALL ADAPTATION EVERYTHING. Got a fucking book? Got a fucking comic? Got a fucking hastily scribble scatalogical poem? They’re going to get adapted into a television-film-televisor-wallscreen experience. The latest to EMBRACE THE FUCKING INEVITABLE is Alan Moore and Eddie Campbell’s From Hell.

FX is developing a television drama based on “From Hell,” the celebrated graphic novel about the Jack the Ripper murders byAlan Moore and Eddie Campbell.

Deadline reports the series will be executive produced by Don Murphy, who produced the 2001 film adaptation, and penned by “Children of Men” screenwriter David Arata.

Originating in 1989 as serial in the anthology “Taboo,” “From Hell” is a meticulously researched account — the collected edition is 572 pages — that depicts the grisly Whitechapel killings as part of a conspiracy involving the Royal Family and the Freemasons, with occult overtones.

The story was loosely adapted by brothers Albert and Allen Hughes for the 2001 film starring Johnny Depp, Heather Graham and Ian Holm, but Deadline contends Murphy has always envisioned “From Hell” as a television series.

Hey. Whatever. I have no idea if this is going to be good. But I’m going to watch. At least…at least the trailer.

Tags: Alan Moore, all adaptation everything, Eddie Campbell, from hell