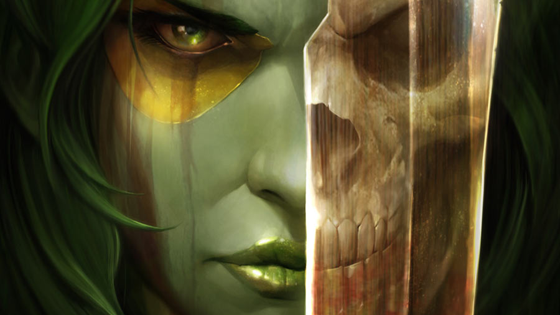 Gamora is the latest character from Guardians of the Galaxy: Death to Grimdark to get her own ongoing comic book series. Dope! Doubly dope? The comic is going to be written by Nicole Perlman, who was the screenwriter for the flick. Details and the full cover for #1 after the jump.

Nicole Perlman helped introduce Gamora to worldwide audiences as co-screenwriter of the massive Marvel Studios hit “Guardians of the Galaxy,” and in 2015 she’ll turn her focus to the comic book version with an ongoing “Gamora” series, announced Sunday afternoon during the “Women of Marvel” panel at New York Comic Con.

The series, scheduled for “spring 2015,” will be Perlman’s comic book-writing debut. No artist has yet been announced. “Gamora” makes three current solo series starring a member of the “Guardians of the Galaxy” film cast, along with Sam Humphries and Paco Medina’s “The Legendary Star-Lord” and Skottie Young’s “Rocket Raccoon.”

Perlman wrote the initial script for “Guardians of the Galaxy,” and spend years adapting the characters and concepts into a screenplay. Director James Gunn subsequently joined the project and rewrote the script, with both credited as screenwriters despite the two not working collaboratively. In the wake of the film’s box office success (it’s currently the highest-grossing domestic release of 2014), there has been some speculation as to how much each writer is responsible for the film’s screenplay, including a Slate article titled, “Who Deserves Credit for Guardians of the Galaxy’s Great Script?” 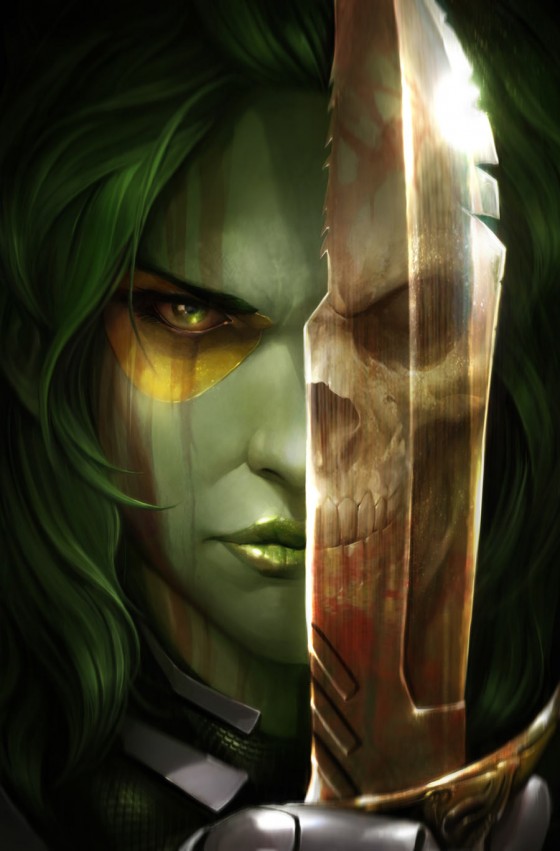