Warner Bros. is like “NO JOKES” in new DC comic book movies 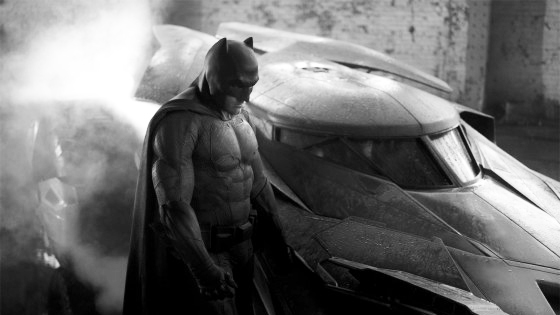 If you believe the Echo Chamber, Warner Bros. has mandated that new DC comic book movies have no jokes. No jokes! This rumor-factoid-whatever has been going around the next for the past couple of days. At first it seemed too ludicrous to warrant reporting on, but the fucking thing has persisted. So yeah. Here we are.

Comics fans have become well acquainted with the notion that sometimes, creative people learn the wrong things from successes. It’s why certain comics have been dominated for going on 30 years by a “dark” and “mature” sensibility that often comes off as grim, self-serious and overcooked.

Well, get ready for that way of thinking to make its way to movie theaters very soon. According to a report at Hitfix, Warner Bros. has a strict rule for its upcoming DC Comics movies: “No jokes.”

What’s particularly surprising is that the rule — which itself is kind of a joke, when you think about it — is that it stems from a failure more than it does a success, at least, according to Hitfix writer Drew McWeeny’s thinking.

See, Green Lantern was a bomb. A massive one. It remains the butt of many — brace yourself — jokes about superhero movies that just didn’t have what it took to connect with audiences. It was loaded with comedy. The trailers included lots of smarmy “charm” from lead actor Ryan Reynolds. And it didn’t work.

But was the humor the reason it didn’t work? It would seem that there are any number of counterpoints to the argument that it was – Guardians of the Galaxy most prominent among them, but almost any other Marvel movie would serve as an example that humor in superhero movies isn’t something audiences flee from.

Perhaps the whole idea is for Warners/DC to distinguish itself completely from its competition at Disney/Marvel, but this really, really doesn’t seem like the way to do it.

If this shit is true – and honestly I’m struggling to fucking believe it – it’s the dumbest shit ever. For a couple of reasons. First off, levity is wonderful in even the most serious of movies. Second off, it plays into what appears to be uncomfortable homogeneity in the DCU. The same talent, the same tone, the same approach cross every movie? Like, you don’t need every movie to have the same tone to have a cohesive Universe. The MCU clicks, and it is spread across a variety of movies, of disparate tones.

Tags: dc cinematic universe, is this true, this can't be true, Warner Bros.