Richard Attenborough has passed away at age 90. 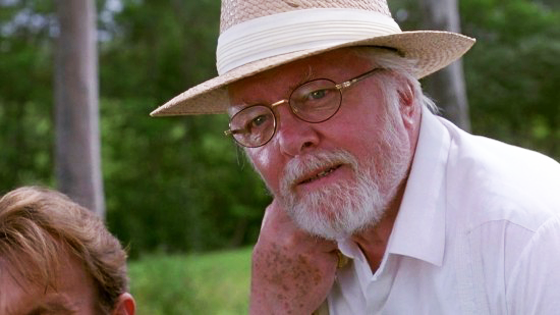 Richard Attenborough will forever be That Dude in Jurassic Park to me, but I know that he had a wonderful, storied career. The Good Sir has passed away at the age of 90. Bummer deluxe.

Richard Attenborough, the Oscar-winning director and legendary actor, passed away Sunday at the age of 90. Though the younger generation knows him for best for role as John Hammond in Jurassic Park, Attenborough has been acting since the 1940s and directed several notable films, including A Chorus Line, Chaplin, Shadowlands, Cry Freedom and Gandhi. At the 1983 Academy Awards, Ghandi took home eight Oscars, including trophies for Best Picture and Best Director. Attenborough’s other prominent roles include parts in The Great Escape, Ten Little Indians and the role of Santa Claus in the remake of Miracle on 34th Street.

Do you have a favorite role of his? What is it?