But if Wednesday has to mean two things, the second would be that it’s time for another edition of Buy These Flippin’ Comics. Where we share the funny books we’re snagging on a given week. Me? For yours truly, this week is wrought with metaphysics, inspiring younglings, and the return of a favorite writer. Don’t know what’s dropping?

Check a list of this week’s releases right here! 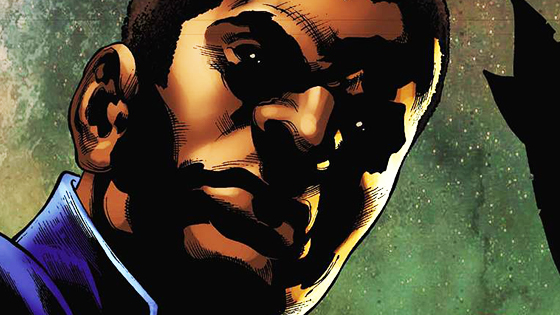 I’m going to level with you. I don’t know what Multiversity is about, outside of the barest fish bones of an idea. Characters across all of DC’s 52 Earths are coming together to break the Fourth Wall, Save The Day, and hopefully Inspire Me. The world is Dark and full of Horrors, man. Some creators use their influence to comment on reality — the dirtiness. That’s cool. Some creators use their influence to perpetuate rotting ideologies, racial stereotypes, and tits-and-ass — the usual garbage. Not so cool. At his best, Grant Morrison uses comic books to dare us to be better. To pull the scabs off the world and show the potential around us. These days I fucking need that. I think we all do.

This is the first DC comic book I’m intending to buy in ages, and I am both jacked and pumped about it. 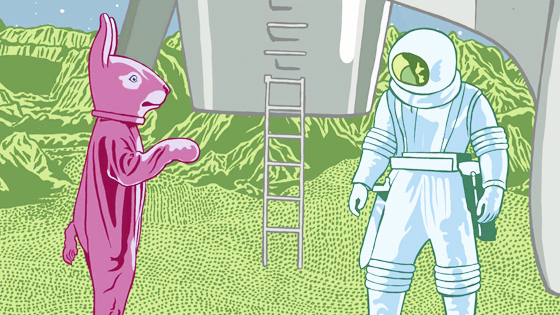 Such pull does Johnny Hotsauce have that when he recommends something, I fucking buy it. This axiom is one of the Guiding Lights in my life, along with Aim Your Load Left But Don’t Puncture Space-Time You Moron, and There Is No Such Thing As Too Much Caffeine. So when Hotsauce told me about Tales Designed To Thrizzle this week in one of our top-secret correspondences involving carrier pigeons, astral projection, and dirty socks, I bought it.

And you should too. Be it at your local comic book shop, or be a scumbag like me and buy it on Amazon for a low $17.

“Bu-bu-buh Caff! What the fuck, bruh. What is this comic even about, you Hotsauce-worshipping dong sore?”

I’m glad you asked. This fucking madness in comic form is “about evil girls and their owls, Mysterious Avengers, Dick Crazy, scary snakes, delicious bacon, the Silver Knight, Murder She Didn’t Write, the Mannister, the Space Patrol” and more.

I feel you, Steve. That’s the sort of mind-fucking I need in my diet. You folks need it too. Along with Vitamin C, and whatever brand laxative you prefer. The concrete in the Bovine is making it hard for all of us to make the doodoo, and frankly I’m worried for you all. Keep it weird in your Meat-Space. But also keep it regular. 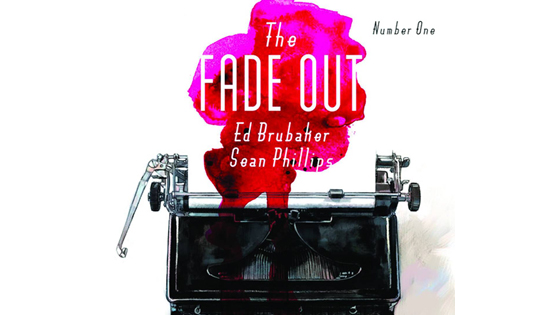 The Fade Out #1 – Image Comics

I’ll cop to it. I absolutely take Ed Brubaker and Sean Phillips for granted. I just sort of do. They’re like that third-in-the-rotation pitcher who has given your team twenty-three quality starts in a row. The decent mid-sized Sedan that never breaks down, treats you well, and gets you the head nod from that cute guy who always goes to 7-Eleven at the same time in the morning as you.

You know the one. Khakis. Buys a MetRx bar and the Local Newspaper every day. Nice smile. You should call him. He seems predictable, but fun. Safe, yet not boring.

Just like a Brubaker joint. But this is the first week of a new year (No, it isn’t!) and it’s time for me to change (Isn’t it always a good time to change?)! I ain’t taking Eddie Brubaker for granted no more. I’m going to grab the first issue of this Hollywood Noir comic, and I’m going to fucking appreciate it!

And you should call that guy! Life’s too fucking short. 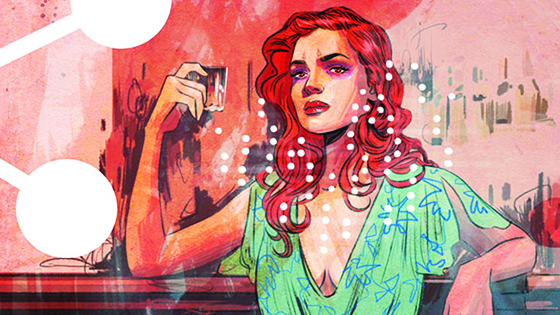 The first issue of Ellis and Lotay’s Supreme: Blue Rose read like a goddamn Haruki Murakami novel strained through a pair of Superman undies. And I mean that in the best way possible. A surreal jaunt of an introductory issue, with the seams between reality and some weird metaphysical realm indistinguishable. I’ve read through the title twice, and I have no idea what takes place in the real world, and what takes place in the Odd Realm the comic kicks off in. I absolutely love that fact.

Also–I would be a completely remiss a-hole (as opposed to my usual status as an a-hole) if I didn’t mention that Tula Lotay’s artwork is fucking phenomenal. Her entire aesthetic, and floaty, ethereal vibe completely compliments the surreal surroundings that Ellis is conjuring.

Also from Ellis this week: Goddamn Trees #4! What a week to be an Ellis fan. 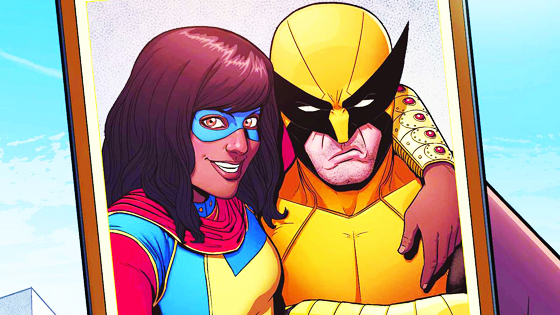 I don’t use the term often, so I want you to know that when I call Ms. Marvel wonderful, I mean it. The title is a fucking clinic on how to write an origin story, and every issue is suffused with goddamn love. Kamala Khan’s ascent into heroism has been heartwarming to watch, and in chronicling her rise writer C. Willow Wilson has given us all instructions on how to Inspire. Earlier in the column I wrote about Grant Morrison and the ability for comic books to Brighten Everything. This title is a wonderful example. If Logan is being killed off this Autumn in the name of a Very Good Story, then I’m glad he gets to spend some of his final moments training the Marvelous Miss.

Also from Marvel this week: Ales Kot does his best Matt Fraction impression in Secret Avengers #7! And I love it.

And then there’s All-New Ultimates #6. I haven’t been trailing this title, but the fact that Giannis Milonogiannis is handling the artwork has me tempted. Oh, so tempted!

Jesus Christ. That’s it for me this week. 1,100+ words of stupidity. I’m done. I’m sorry. What are you folks reading this week? Hit me.