Tony Jaa joins ‘Kickboxer’ remake. Could this be deec? 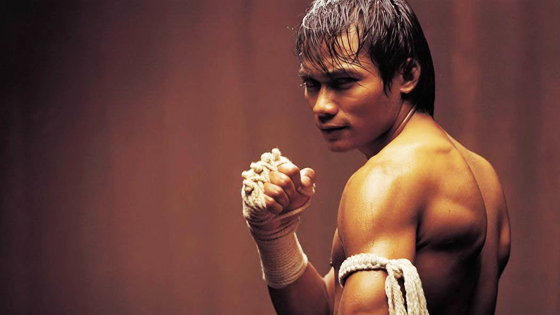 I haven’t been paying much attention to the Kickboxer remake. But perhaps I am not alone, and the gurus behind it know we don’t really give a fuck. Which is why they’ve decided to go ahead and cast Tony Jaa. You know, to get me interested. Because the Universe revolves around me.

The remake of Kickboxer just got a major martial arts upgrade. Directed by Stephen Fung and starring rising martial arts star Alain Moussi, the film has landed Tony Jaa(Ong Bak) and Scott Adkins (The Bourne Ultimatum). They join a cast that already included Dave Bautista (Guardians of the Galaxy) and Georges St. Pierre (Captain America: The Winter Soldier). Read more about the Kickboxer remake cast below.

Adkins is an accomplished onscreen martial artist with a laundry list of roles to his credit, the biggest being the aforementioned Bourne Ultimatum and Zero Dark Thirty. He also did all of the marital arts for Ryan Reynolds’ Deadpool character in X-Men Origins: Wolverine, but don’t hold that against him.

Jaa, on the other hand, needs little introduction. The Thai martial artist has been dropping jaws since 2003′s Ong Bak and has continued that streak in that film’s sequels, in addition to The Protector franchise. Many consider him to the be the latest martial arts master in the mold of Bruce Lee, Jackie Chan and Jet Li. He’ll next appear in James Wan’s Fast and Furious 7.

The director, Fung , did Tai Chai Zero (2012) and Tai Chi Hero (2012) while Moussi is a stuntman in X-Men: Days of Future Past, Pacific Rim, White House Down and Immortals among others. He’ll be playing the  Jean Claude Van-Damme role, which would likely set Jaa, Adkins, Bautista and St. Pierre in smaller, but important, adversarial roles.