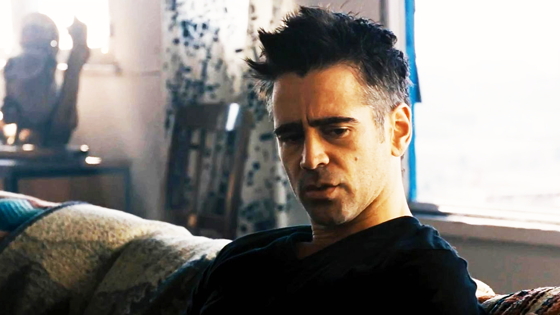 Colin Farrell can act. Can act damn well. When he chooses to. So if he ends up on True Detective‘s second season, I expect great fucking things from him. Bring the glorious bastard on.

We just heard that the second season of Nic Pizzolatto‘s True Detective will have four central characters. Now we may have faces for two of them. Colin Farrell is reportedly in talks to take one of the lead roles in the show’s second season. And Taylor Kitsch is also said to be “among the leading candidates” for the second male lead.

The Wrap reports both casting choices; Deadline and Variety echoed the report, though neither had any mention of Kitsch. HBO would not comment.

Per Variety, HBO Chairman/CEO Richard Plepler and president Michael Lombardo said, at the Television Critics Assn. summer press tour yesterday, that the first two scripts for season 2 are “more exciting” than those of the first season. (Whatever that means.)

At the time, the execs also said that cast announcements “were imminent,” and with the release of Farrell’s deal, we’ll probably hear more casting for the show in very short order. [/Film]