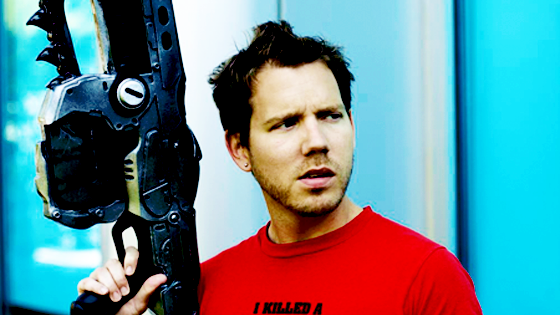 So Cliffy B’s new game has been revealed. Announced. And…? It’s a free-to-play arena shooter. Not too surprising. Considering Dude fucking Huge dropped months ago that he wanted to work on…a F2P arena shooter. Still though. Color me excited. (It’s boner-stretching pink. That’s the hue you use on me for excited.)

The next game from Cliff Bleszinski and his new studio, Boss Key Productions, will be a free-to-play science fiction shooter for PC, provisionally called “BlueStreak,” the designer said on Twitter this afternoon. The game will be published by Nexon.

Bleszinski had been hinting for a week he had news to share of his next game project. This news is not so much of a shocker; in December, he said he wanted to make a first-person arena shooter. “It will be a PC experience that will hearken back to a certain type of game that we cut our teeth on, if you know what I’m saying,” he told the podcast Pointless.

Details are forthcoming, but gamers shouldn’t expect “a fake CG trailer showing “Gameplay” because that’s not how @bosskey does it,” Bleszinski added on Twitter. [Polygon]