Opinions Vary: Or How Opinions Can Conform when Book Covers Fly Out the Window of Tow Trucks Operated by Exceedingly Curious Drivers 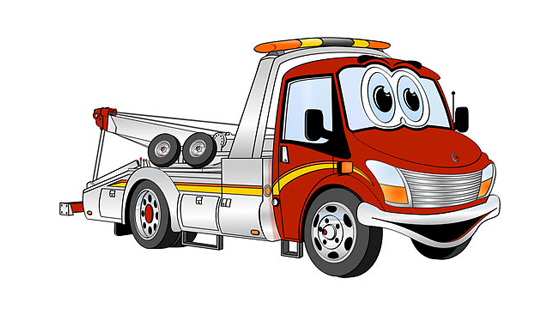 In Opinions Vary, we deal in opinions that might be a bit off-beat or strange compared to ones held by non-frequenters of this site. But in truth, when it comes to our everyday lives in the real world, we oftentimes harbor conventional opinions that aren’t too far off from those of many people around us. In our own little ways, in our own little lives, we follow the cultural norms, retain common-sense beliefs, and exhibit etiquettes we’ve absorbed from family, friends, educators, and just about anyone else who give us the time of day. These opinions are the tried-and-true sentiments of our social souls; there’s little to nothing individual or unique about them, in and of themselves. What is individual and unique, however, is how we take these opinions on and how we solidify and reinforce them through personal experience. Even if we might ultimately conform to these popular sentiments, these opinions are genuine because how we get them and keep them is what gives each its own variation and an extra vitality that’s dependent on its holder, making it more meaningful and alive. After all, the tried-and-true has to be tried and found to be true in order for it to stay that way for each person.

A good example of such a tried-and-true belief that I try to hold is the old adage “don’t judge a book by its cover.” Most people have heard it and I hope that most people also believe it because it’s a nice little lesson to remember when meeting different people, going to unusual places, experiencing new things. It’s civil and thoughtful enough, and it’s a good one to know because it helps to ward off lazy or prejudicial thoughts. And, although it is something we’ve heard a million times before and probably cannot even remember when we first heard it (I know I can’t), it’s an aphorism that is personal-experience driven, one that demands an openness and readiness for the myriad possibilities of the human variety. It’s one that doesn’t grow stale or slip completely out of mind because life has a way of providing many unexpected happenings and opportunities to reaffirm its importance and dynamism, to bring it back to the forefront of one’s mind in a much clearer way. And at no time in my life was this opinion more readily realized than when I needed to get towed home.

A few years back, I went to visit a friend at Babson College in Wellesley, Massachusetts, a drive that takes about an hour from my hometown. I got there without a hitch, had a pleasant evening with my friend, his girlfriend, and students I’d met there. But after the festivities were through in the early hours of the morning, I returned to my dumpy car and I realized that it had a flat tire. I tried to change it, but the wheel was rusted on, so there was nothing more I could do myself. (Alternative moral of the story: Take good care of your car, boys and girls, because you never know when it could leave you stranded.) This left me with only one option: Call for a tow, and take the long ride back with a complete stranger.

Obviously, flat tires aren’t a customary impetus for meeting new people, going to unusual places, experiencing new things, and reaffirming commonly held beliefs. Nor do they stimulate any sense of positive openness to such things. Flat tires are miserable business, plain and simple, and, like anyone else, I was not only unhappy about the current situation, I was even more upset about the prospects of having to drive an hour with a person I didn’t know and to whom I had nothing to say.

Now, I freely admit that I’m not much of a conversationalist. I have a difficult time conversing with new people, and I’m not thrilled about talking about myself, so I often wind up asking a lot of questions, a technique that works best if the other isn’t like me at all; if he or she is, then God helps us because we are going to be playing question ping pong, with no answers, insights, or understanding between us. Plus, like many others I’d suspect, when I’m talking to people I don’t know very well, I try to be agreeable first and foremost, which means it takes several getting-to-know-you periods before I really tell you how I feel about things. So either we can have nothing to talk about because I don’t want to talk about anything or we could have nothing to talk about because both of us have nothing to say to each other. In this particular case, with the tow driver on the way, all I really wanted was to get home as quickly and as quietly as possible—without the whole situation becoming a disaster of the deafening-silence variety.

But what I expected never came about–none of them. All those expectations ended up being not only completely baseless, but they were absurdly so. What I got was something entirely different. What Mike the tow driver and I eventually had for ourselves that night was simple: We had a grand, old time together.

In fact, I don’t think I have ever had as easy and as open of a conversation with a person I just met as I had with Mike. Not only was he very friendly and happy to be helping me get home, the man was exceedingly curious about life. This man’s small talk, if it can even be called that, was on another level; big questions were his field, blown up to a near cosmic size. It’s like he decided to skip over normal chit-chat about the day’s weather and dove right into a discussion about changing weather patterns because of global warming (a topic he literally touched upon, as well). He had lots of ideas, and every one he threw out there to me was thoughtful and amusing. All I had to do was sit back and enjoy myself and engage with him the best I could, which I did. Some of the topics discussed were these: genetics and the innumerable variations in the distant past; archeology and how modern-day structures will be interpreted in the future (McDonald’s being a funny one); peak oil and the potential chaos that would ensue if the world were to run out of resources; the debt problem for college students (as one of his friends was still greatly in debt) and how fulfilling he finds tow driving (“Living like a king.”) even as a college graduate himself; our mutual love of writing; the speculation that, if he were to have a superpower, it would be being able to remember useless information (and he knew an impressive amount, it seemed); how ridiculous the Discovery Channel had become; the great possibilities of the internet and its ability to connect people; and many more.

We talked the whole way back and the hour flew by. There was never a dull minute, not even a silent one. He seemed to follow each and every intriguing thought that popped into his head and I tried to keep up with him. He drove and I just went for the ride.

I’m not saying everything we talked about was profound or entirely accurate or even made a ton of sense, but the free-wheeling experience was more than just good-natured and memorable; it was a necessary detour for me because I obviously needed another reminder about expectations and preconceptions and going beyond book covers. It reminded me why I had held that trued-and-true opinion beforehand, and why I should believe it even more so afterwards: that right there, in between the before and the after of the tried-and-true, is personal experience that makes it unique and individual for me, one that brings it all home again. I just needed some help getting back there.

So I leave it to you, friends: Are there an experiences in your lives that have formed or reinforced an opinion that you hold in a big way? Do you have any “ah, this is why I think this way” moments?