Archives
« Shredder in the new ‘NINJA TURTLES’ movie looks like a dumb f**k face
Amazon gets into cellphone game with ‘FIRE PHONE.’ » 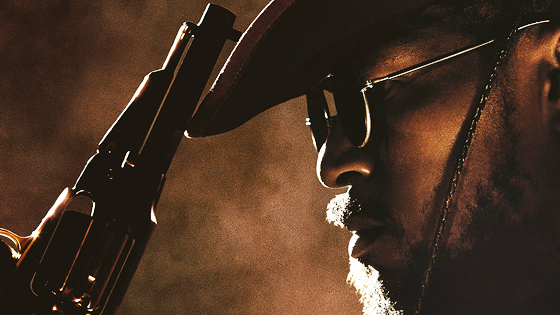 OH YEAH MAN, NATURALLY. In a concept so fucking gnarly it could work (and because it’s written by Quentin I will buy), Tarantino is co-plotting a fucking Django/Zorro crossover comic with Matt Wagner.

OK, here’s the first weird part: Dynamite Entertainment and DC Comics are teaming up to release a comic series in which Django, the revenge-seeking slave from the movie Django Unchained, will meet Zorro, the guy who marks things with Z’s.

Here’s what Tarantino said about the project, according to a press release from Dynamite:

I’m very very excited about both this story and the opportunity to work with Matt.  It was reading his Zorro stories that convinced me what a good idea it was to join these two icons together.  And the story idea we came up with is thrilling, and I think will be an exciting new chapter for both characters.

Hudlin noted that this is the first time Tarantino has been involved in a story about a character from one of his films outside of those films. Wagner added that the project is, “an absolute thrill,” and it felt like he and Tarantino had known each other for years when they started working together.

Dynamite’s press release is full of quotes from the creators and executives who say just how exciting this project is (Dynamite publisher and CEO Nick Barrucci calls it a “dream project”) but it’s light on plot details. John Gertz, CEO of Zorro Productions, did note that Zorro has teamed up with The Lone Ranger and The Shadow in previous stories, but odds are this story will be quite different from those. [Comics Alliance]