‘SONIC THE HEDGEHOG’ getting a MOVIE. Give Me Furry Brimping Or Else 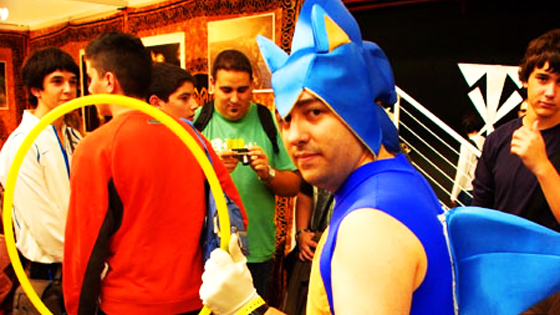 Sonic The Hedgehog is getting itself into the movie game, courtesy of Sony Pictures People. My knee jerk reaction is to shit down the back of this news’ shirt, but the Lego Movie happened and now I hesitate to talk shit. About any property being optioned. (But this is going to suck, right?) Still though. Furry. Brimping. C’mon.

As we’ve discussed before, turning a popular video game into a halfway decent movie tends to be a hit or (mostly) miss affair in Hollywood. Nintendo franchise “Super Mario Brothers” probably still has the trophy for being a shining example of how wrong things can get, but even this year’s “Need For Speed” showed that there can be a disconnect between the button-mashing audience and those that buy tickets for the multiplex. But nevertheless, Sony is undaunted by the challenge because they are bringing one of the most iconic video game characters ever to the big screen.

Deadline reports that the studio has struck a deal with Sega to make a “Sonic The Hedgehog” movie, and the plans are ridiculously ambitious. Not just content with a single film, the plan is make one movie per year based on the blue, ring-loving character, with the series to utilize all sorts of characters from the game, including top tier nemesis Dr. Eggman. And let’s hope Tails is in this thing too.

Writing the live action/CG movie will be Evan Susser and Van Robichaux, and we presume that Sony really likes the color blue given the success they’ve had with “The Smurfs,” with the third installment set for 2016. And to be fair to Sony, as much as this idea is depressing, they’re latching on to a character that is hugely popular, and has already had a few successful animated iterations on TV. So this seems like the next logical step. As for us, we’re dusting off our Sega Master System. [Play List]