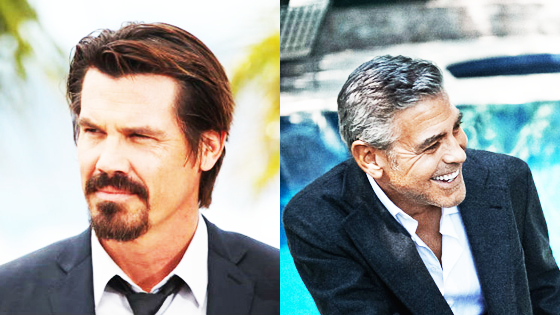 Looks like momentum is picking up on the Hail Caesar! front. The Coen Brothers’ have cast two faces familiar to their enterprises to hold it down in the upcoming flick. And frankly the amount of bonerfiying sexiness between the two of them may break me.

Joel and Ethan Coen have set the leading cast for their next film, Hail Caesar!, and the two leads will be familiar presences on the Coen set. George Clooney and Josh Brolin will star in the film. Each actor has done two films with the Coens before; Clooney in O Brother Where Art Thou? and Intolerable Cruelty, and Brolin in No Country For Old Men and True Grit. Universal will distribute Hail Caesar!.

The news comes from Deadline. Clooney has more or less been a lock for the film since it was announced. The first rumblings about the sstory came back in 2005. Then, the brothers talked about the idea of completing their “idiot trilogy,” begun in the first two films they made with Clooney. At that point, they said the film would “follow a troupe of theater actors in the 1920′s putting on a play about ancient Rome.”