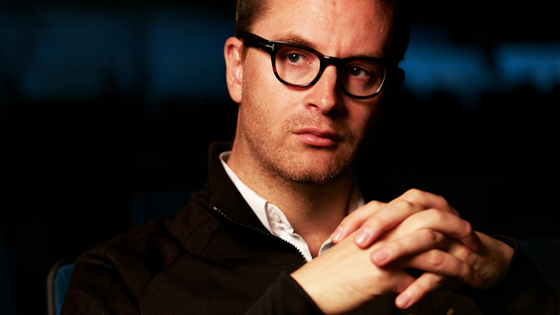 Nicolas Winding Refn has made clear what his next movie is going to be. Shirtless Ryan Gosling: Brood and Smolder 2 – The Boogie Down Connection. At least that’s how I imagine it going. Instead it’s going to be some horror flick. Which I guess is almost as cool.

When we last spoke to Nicolas Winding Refn, last year at Cannes following the premiere of his divisive “Only God Forgives,” trying to get any information out of him about his brewing horror film “I Walk With The Dead” was a challenge. And when it was reported last fall that the project was bringing on a screenwriter, we figured it was probably a bit of way off. But now over seven months later, Refn has announced the picture will be his next, and we couldn’t be more excited.

The director made use of his infrequent Twitter account to drop the news (see below), so what do we know about it? Well, writer Polly Stenham says it’s an “all-female horror” and one that hopes to recalibrate the opinion of those that think Refn doesn’t care much for the women in his films. “He’s got a lot of stick for doing films some people think are violently misogynistic,” she said. “So he approached me with the idea of doing something different.”

As for the plot, no exact details yet, nor is it certain that “Drive” star Carey Mulligan, long said to be attached to the project, is still on board. But the movie will shoot in Los Angeles, though at one time, Refn was considering Tokyo(where he’s also plotting whatever “The Avenging Silence” is). Either way, a new Refn film for 2015? If that’s the plan, sounds good to us. [Play List]