Archives
« ‘GUARDIANS OF THE GALAXY’ TV Spot: Send In The A-Holes!
DANNY DORITO is the Übermensch » 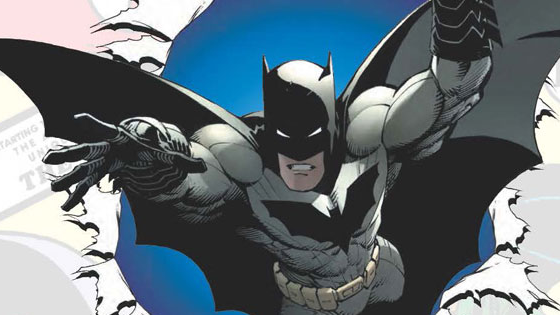 It only took DC seventy-five years to unfuck a case of the Fuckeries that had laid at the feet of Batman’s co-creator, Bill Finger. As part of the Corporate Juggernaut’s celebration of Batman’s 75th anniversary, they’re giving out a free copy of Detective Comics #27. On fucking Batman Day! I’m serious. Anyways, adorning said free comic is Bill Finger’s beautiful name, finally giving the influential mind appropriate props.

In case you don’t mark your calendar solely by events related to Batman — which is increasingly difficult since Year One was 22 years before Zero Year, with Zero Hour somewhere in between — you might need a friendly reminder that DC has declared July 23 to be Batman Day, part of its celebration of 75 years of the Dark Knight. To mark the occasion, the publisher’s putting out a free special edition of Detective Comics #27, containing material from both the 1939 original and the New 52 offering from earlier this year.

What makes this issue really significant, however, is that to my knowledge, it’s the first time Batman’s co-creator, Bill Finger, has received a cover credit for the original Batman story.

Finger is, of course, the writer of the earliest Batman comics, whose contributions to the creation of the Dark Knight include the costume and color scheme, the origin story, the lack of superpowers, the words “Batmobile” and “Gotham City,” Robin, the Joker, and numerous other elements. Unfortunately, due to some legal trickery by his collaborator and actual supervillain Bob Kane, Finger’s never been officially identified with a “Batman created by” credit in any published works or films or other Batman media.

In recent years, Finger’s contributions as a writer have been acknowledged in some story credits, but since he died in 1974, long before creators were acknowledged on the covers of comics, this version of the very first Batman story, “The Case of the Chemical Syndicate,” marks what we believe is the first time that his name has appeared on a cover alongside his creation, and most definitely in connection with this original work. 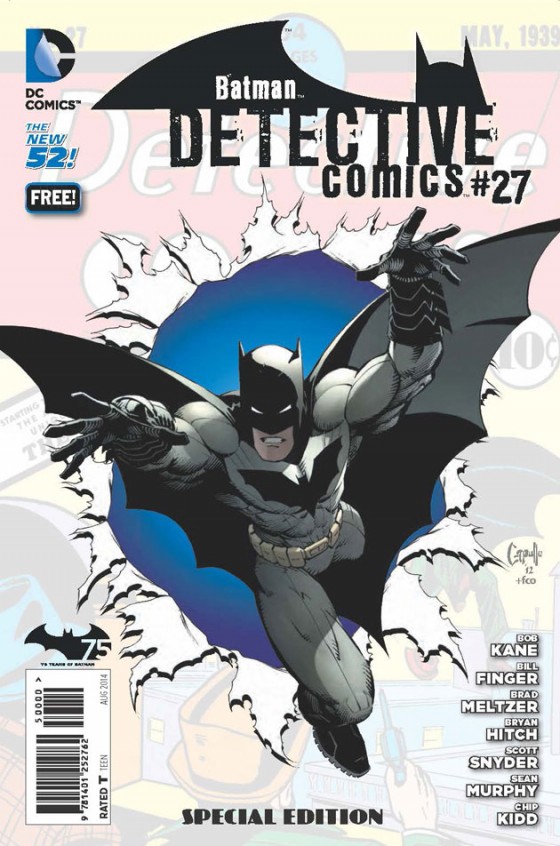