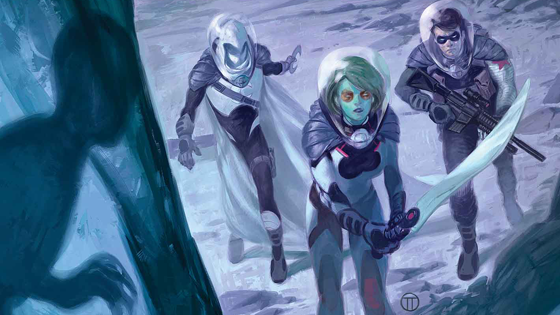 What’s up, good cretins? It’s Wednesday! The second best day of the week! Only being trumped by Thorsday, where myself and several other chaps dress up like The Odinson and have Thorgasms under the Slurpee machine at 7-Eleven. Mjölnir goes places, man! But what would Thorsday be, without Comic Book Day? Nothing! For I shant have such urges if it were not for the weekly arrival of the funny books. They’ve shaped me, my psyche, and the floor of convenience stores across the nation in ways we can only theorize about. This week in funny books sees People Totally Sinning, a Return to the Trees, Miles Morales’ posthumous idol, and more. Strap-in and check out the books I’m picking up, and then hit the comments selection with your own choice cuts. 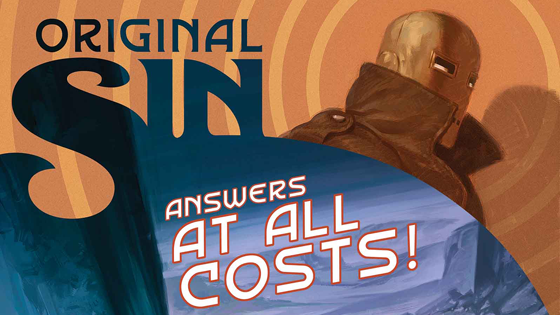 Don’t let me complain about Event Books NO MORE! Okay? Last summer I was totally down with the insanely interlocking, incomprehensibly dense Infinity penned by Jonathan Hickman and a legion of talented artists. This year I’m riding Jason Aaron’s sinful loins with no apologies. Lapping up the MEGA EVENT from the trough with little hesitation. Whatever! This title is just flat-out fun. It’s an old murder mystery set within the Marvel Universe, and EVERYONE IS A SUSPECT. Because, obviously. More than enough people had reason to gun for The Watcher. But more than anything, the meddling-dumb ass was pretty much a) never impartial and b) never really effective in the long run. So I’m not saying he had it coming, but he had it coming. Who you got your money on as the culprit?

Other potential buys from the Marvel Universe: The second issues of Cyclops’ Teenage Space Ride and Ultimate Spider-Guy Miles Morales. 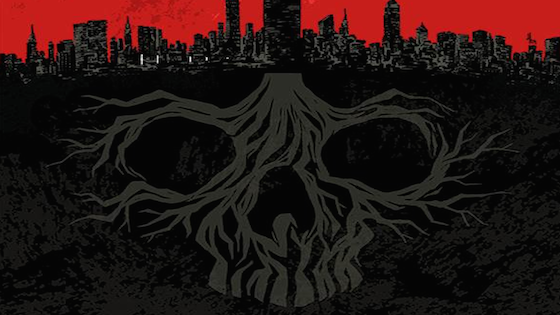 Comic I’m Pimping Until I Pass Out: Trees #1 – Image Comics

Yes, TREES came out last week. No, I’m not going to stop raving about it. How good is TREES? OL’s own Rendar text messaged me twice about the comic. This is remarkable in two ways. First, that he read a comic during his workweek grind. Second, that he texted me at all during the week. A Rendar text is Unicorn Ejaculating On A Shooting Star rare. Two texts? Good god! So I figured I’d ask him to explain why the comic is so good:

“Use these sentences in any order you’d like: TREES is a goddamn return to form for Ellis, who has spent a career reminding us that human beings are nothing more than feeble sacks of sentient meat who are imbued with the most electrical spark of hope. Just as in DOKTOR SLEEPLESS, the heroes must look into the horrid visage of a threat that doesn’t hate humanity, but can’t even recognize it’s primitive consciousness.  We are, nothing more than sophisticated apes, left to sift through the rubble that is our subjugation. By not aggrandizing our human capacities, Ellis speaks to its miraculous ability to resist total annihilation.”

There you have it.

Supplementary title from Lord Ellis this week: Moon Knight #4. I’m going to jump on this jam soon. I was apathetic at first, but Ellis’ return to form was slowly exciting me. And then I saw Declan Shalvey’s artwork for the series all over Tumblr. It’s fucking stunning. Consider me convinced. 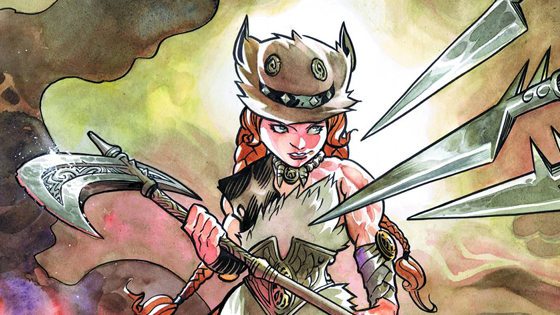 Oni Press is on a goddamn hot streak this year. Between The Bunker and The Auteur, they’ve released two of my favorite finds of the year. The Auteur? Fear and Loathing Meets Fellini’s 8 1/2. The Bunker? LOST Meets Zombies Meets Social Commentary. So fuck yeah, I’m rolling the dice on Princess Ugg. Truthfully? I have no idea what to expect from the title outside of gorgeous art, and fantasy-based hijinks. That’s more than enough! I fucking love hijinks! Put my Nana’s hearing aids in my dog’s food! She can hear him shitting them out! That’s how it works, right? Telepathy-based bluetooth apparatuses? I mean — I don’t have my own, but it’s fucking 2014. Surely this is the technology we have.

A more expensive blind buy: The Hotsauce himself pointed me in the direction of a graphic novel dropping this week by Dark Horse, Toshiro. The premise is enough to make the nipples of a dweeb like me leak. A fucking mechano-samurai travels to a Victorian Steampunk world, and engages in combat with tanks and other shit in quite the bloody manner. But that’s not all, folks! More wonder lies beyond this curtain! *Rips curtain open, accidentally stumbles, vomits, feigns composure* That’s right, Toshiro must also *vomits again* face the Earth’s greatest foe. A netherworld Jellyfish that creates zombies. I’m serious. *Wipes vomit, slowly sits down* 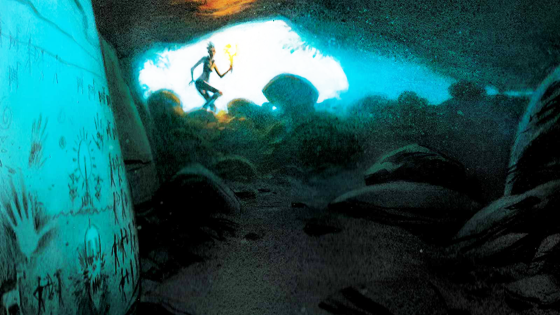 Comic I’m Not Reading But Soon Will: The Wake #9 – DC/Vertigo

Month after month after month I’ve told myself that I was going to read The Wake. It was’t anything personal against the title, I just didn’t get to it. Missing issues at the LCS, forgetting about it, spending the allocated money impulsively on Summoning Stones and Orc Tusks. Excuses, excuses. However, I’m finally going to get into the game. Why the change of heart? Apparently this ninth issue of The Wake is the second-to-last. Why does this matter? Well. You see. I am a gentleman with a cornucopia of emotional..eh…quirks? One of them being staggering anxiety. Often times I become hesitant to get into a comic book series that I’m like way behind on. Feels daunting as fuck. So knowing that The Wake is both awesome and finite has me ready to tackle the sumbitch!

That does it for me, folks! I hope I recommended something decent for your perusal. What are you buying? Hit the comments section!

And remember! Should you buy any of these jams and feel yourself vaguely ripped-off, you know where to find me tomorrow. Underneath the slurpee machine, cape and beard covered in sugary goodness, mythical hammer hiding in plain sight.