Archives
« Next COEN BROTHERS’ film is about HOLLYWOOD PRIVATE EYE in the 1950s
Oculus Rift is coming to Chuck E. Cheese. Oh word? » 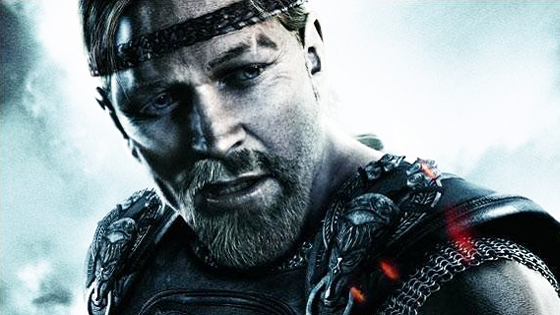 Oh shit! Tolkien’s 88 year-old translation of “Beowulf” is finally seeing the light of day! I can’t fucking wait! In all honesty I didn’t even know this shit existed. However, it is certainly fucking cool that we will see the Hobbit King’s translation of a work which Surely Influenced Him. GOOD LUCK fucking topping HEANEY’S TRANSLATION THO, bro.

A translation of the poem Beowulf by author J. R. R. Tolkien is to be published for the first time, nearly ninety years after it was completed.

The Lord of the Rings author’s version of the epic 11th century story is to be published in an edition which his son Christopher Tolkien says sees his father “enter[ing] into the imagined past” of the heroes.

The deal was decided after The Tolkien Estate signed a deal with HarperCollins to release it as a book in May.

Beowulf is is the longest epic poem in Old English, and – surviving as a single manuscript – has inspired countless retellings of the myth.

Tolkien himself called the story “laden with history, leading back into the dark heathen ages beyond the memory of song, but not beyond the reach of imagination”, saying that “the whole thing is sombre, tragic, sinister, curiously real”.

Considering Tolkien’s current following of Lord of the Rings and Hobbitfans, it will be interesting to see if it gives Seamus Heaney’s Beowulf a run for its money, which was a bestseller both in Europe and America and still seems to be thought of as the definitive contemporary version… The only question which now remains is this: Will Tolkien’sBeowulf be adapted by Peter Jackson and released as a three-part 3D movie? [Movie Pilot]