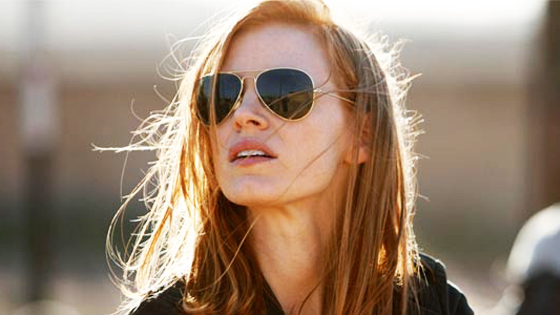 Jessica Chastain has been offered the lead role in True Detective‘s second season. Fuck yes. I’ve been a fan of Chastain since Tree of Life and Zero Dark Thirty, so this casting has me rather excited. Accept the role, Jessica! For all of us!

It’s hard to deny the most impactful show of the last season was HBO’s True Detective. From the word “go,” audiences were instantly on board with the twenty year journey of Rust and Marty to find the elusive Yellow King. In the end, the series reached massive critical acclaim and was confirmed to be seeking a full blown Outstanding Drama Series for HBO come Emmy time. But with all this critical acclaim comes questions, since the series exists in an anthology format that would completely retool the cast and story arc in Season 2. The major question looming over next year’s production? Who is going to lead the charge?

Recent rumors have stated series creator Nic Pizzolatto was seeking a female-driven cast for Season 2 of the hit HBO series, and now today, Nerdist has learned exclusively one of the names that may be on the bill in 2015: Jessica Chastain.

According to sources, the Zero Dark Thirty actress has been offered a leading role in the second season but has yet to accept. As for official confirmation, we reached out to representatives for Chastain, who have declined to comment at this time.

This would be a major land for the HBO series. Chastain has taken off since Zero Dark Thirty (Interstellar, anyone?), and as she continues to rise, it would be fascinating to see what she could do with a character over a ten-episode arc. As for who would stand alongside the Academy Award-nominated actress, that’s anyone’s guess, but for now, this is the best result we could have asked for. [Nerdist]