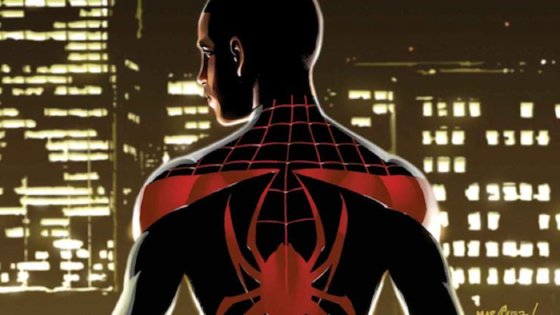 Welcome back, friends!  This week we keep it short, sweet, and to the very simple point:  buy these few flippin comics and the rest of your week goes by smoothly and without trouble.  Your grades will improve, perhaps a promotion at work, your sex life becomes blog-worthy, and strangers stop you to comment on your newfound swagger.  You’ll feel like a new person, and for just the price of a few funnybooks.  Sound too good to be true?  Maybe so, but necessity is the mother of reinvention, and like the books recommended this week prove, sometimes looking at old stories in a new way can turn the stagnant into the vibrant, and the once-lame into the new-cool.

Head inside to see what I’m talking about!

(And check out the full list of comics dropping this week right HERE). 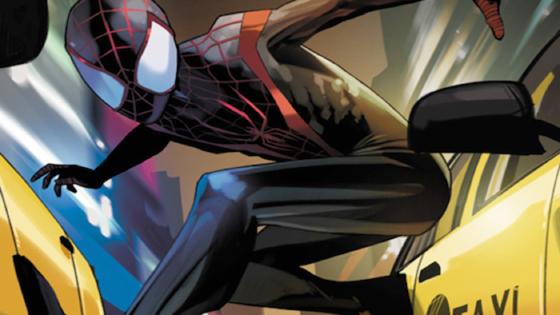 OMEGA-LEVEL PICK OF THE WEEK!

Just back from the theaters and looking for a good Spider-Man story to dive into?  Look no further, as Brian Michael Bendis and David Marquez re-boot the only Spidey I care about reading – young Miles Morales, Spider-Man of the Ultimate Universe.  Hell, even Peter Parker himself, Andrew Garfield, is more interested in where we can take Miles, rather than divest more time into re-hashing another tale with Peter.  Miles brings a fresh perspective to a character who sorely needs one – Spider-Man is (first and foremost) a “teen-hero” archetype, and once Peter got past that point, if you’re not going to change or grow the character, what’s the point of having him around?  Miles is the best solution for Spider-Man: a non-white teen SHOULD be donning the costume, not just for the sake of diversity, but because the STORY of Spider-Man (a young person learning the value of responsibility) deserves to find a new audience.  Morales is the best chance for that. 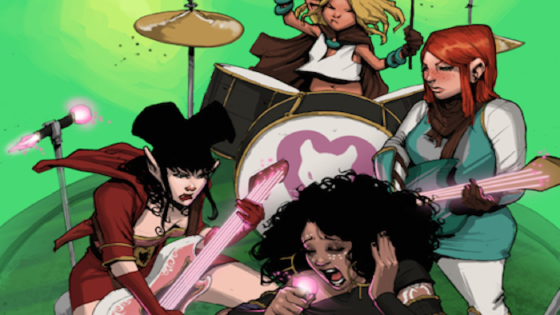 What writer Kurtis Wiebe and artist Roc Upchurch have created with Rat Queens in just five issues is nothing short of impressive.  They have created a large (and growing) fanbase of readers – a vocal, rabid following of folks (like myself) who are absolutely in love with the wit, style, violence, and fun coming from the four ass-kicking women found in RQ.  I’ve described it before as “Broad City meets Dungeons & Dragons”:  four city-dwelling, twenty-something women struggle with bar-crawling and dungeon-crawling, romances with the town sheriff and one-night stands with bearded orcs, growing up and shedding the C’thulu gods of their parents…it’s a mix of modern comedy with sword & sorcery that makes it not only a great, new vision of fantasy comics (and fantasy women), but also unlike anything else on the stands.  Pass up at your fucking peril. 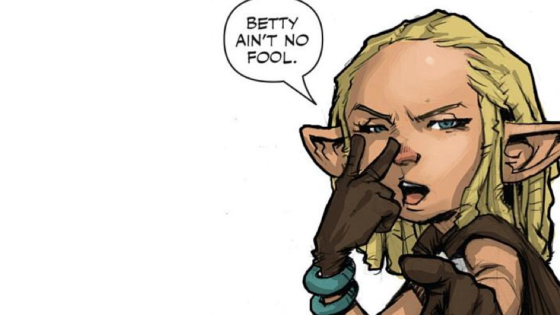 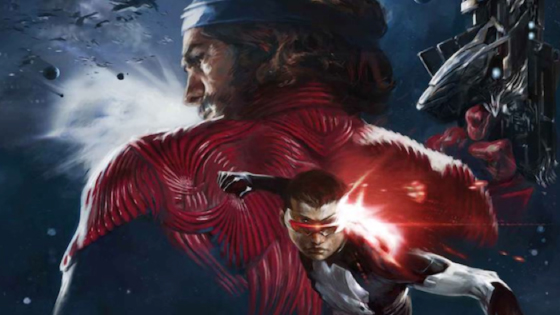 My favorite of the many great things to come from the ripping of the first X-squad from their timeline and shoving them into the present (see: All New X-Men) is that it presents writers and X-editors with a multitude of new ways of telling old stories, to explore just how different our lives can be changed by small events, and to turn old relationships on their head.  This is no more evident than in this new series from veteran writer Greg Rucka and artist Russell Dauterman, who get the opportunity to explore ANX Scott Summers’ relationship with his dead-beat dad, the space-pirate Corsair.  It is one of the hallmarks of any Marvel character to have “daddy issues,” (seriously, ALL the Marvel U has daddy issues) and none more so than the Summers Bros, whose father isn’t dead, or a drunk, or a super-villain – he’d just rather hang out in space with his furry girlfriend, driving around in his cool spaceship and having a mid-life crisis.  I like that this presents an opportunity for ANX Scott to grow into a wildly different character than the mutant militant adult roaming the fringes of the X-Community now – will we get a space-faring Cyke, or will time with Pops only further embed Summer’s ideas of responsibility and determination.  How will having Corsair as a father figure rather than Professor X change the young mutant leader.  This series looks promising under the guidance of Rucka, and perhaps a more optimistic vision for the future of young Scott Summers. 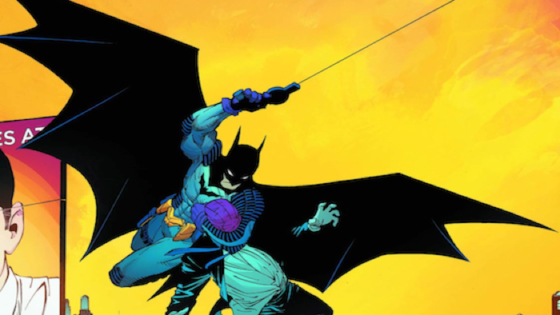 Perhaps my favorite storyline thus far from Scott Snyder & Greg Capullo was Secret City, an exciting bare-knuckle brawl of a story with a brash, buzz-cut Batman up against the fun Red Hood Gang.  Frank Miller’s Batman: Year One is pretty much seen by everyone as the high-water mark for Batman, and for superhero comics, but Zero Year is doing a damned fine job of filling in the blanks around that time, to re-incorporate the story into the New 52.  You might not want to start reading the series with this book, but you should do your best to get to it at some point – the young Batman here is much more arrogant, headstrong, dangerous, and exciting.  It’s a nice look at a different time in the mythos, and Snyder & Capullo are dynamite together. 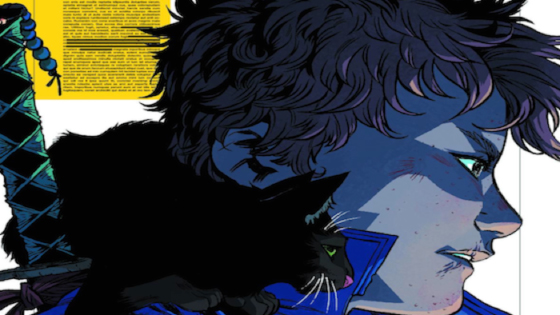 Here’s your chance to get the hip, dark, dystopian thriller collected into one volume.  Worth it for Becky Cloonan’s art alone. 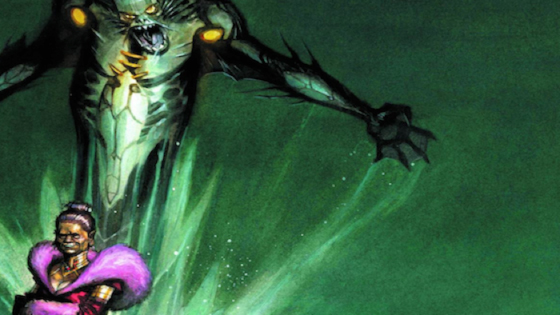 Scott Snyder and Sean Murphy’s take on monster flicks and dystopian future stories (one sorta begets the other) is action-packed and beautifully rendered.  Such a hard story to categorize, it sometimes feels like it could get overstuffed with ideas, but it never slows down to let those ideas weigh it down.

That’s gonna do it for me this week…5 or 6 titles that all bring new ideas to old stories, the kind of rebirth that keeps comics fresh while still paying homage to pop culture standards.  Hope you enjoy!

Hit us up in the comments section to tell us what comics you’re snagging this week, or to just yell at me for saying I’m tired of Peter-fucking-Parker!