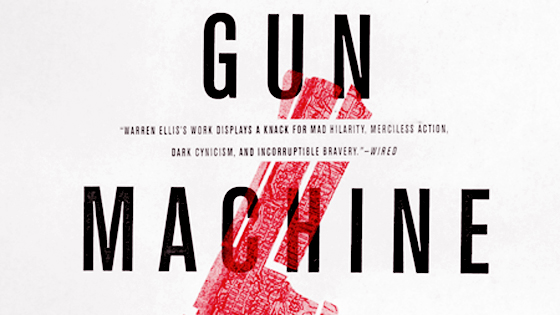 Lost in the fucking kerfuffle yesterday surrounding Microsoft’s original Xbox TV content was some significant fucking news. I’ll take responsibility for this. My eyes begin to glaze amidst the hyperbolic blathering of Corporate Talking-Ghouls. But fuck, man! If this ain’t a reason for me to take the Xbox offering seriously, nothing will be. (That’s actually my own hyperbole, but I’m really excited.)

Xbox Entertainment Studios acquired the rights to “Gun Machine,” a hardboiled detective thriller based on the New York Times bestselling novel by Warren Ellis. Ellis will executive produce with Brett Conrad (“The Killing,” “Sons of Anarchy,” Netflix’s upcoming “Marco Polo”) who has signed on to write the pilot script about a detective tracking a serial killer who is tied to a mysterious collection of guns used in infamous New York murders. [Bleeding Cool]