XBOX Head Guy: XBOX has “resource and ambition” to CHANGE THE WORLD. lol 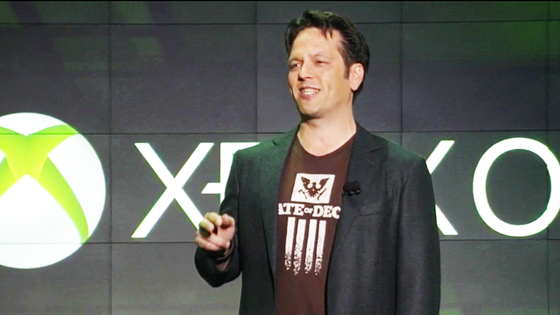 C’mon Phil Spencer. I recognize that all of you Bloat-Brained Head Honcho Ding Dongs are prone to hyperbole. I get that. But how about you unfuck the gaming community’s perception of the XB1 before you blather your super-hype, nonsense-crap.

In the video above, Spencer discusses his 26 years with Microsoft, which began as a software development intern and is now leading the charge for the Xbox console. Spencer also discusses his hand in working on games including Fable and Rise of Nations, what his most memorable moments working with the company are and his vision for the Xbox One moving forward.

“Fundamentally, this is a company that wants to do things that change the world,” Spencer says. “And they have the resource and the ambition to do that, whether that’s with Xbox or any of the projects that we build.